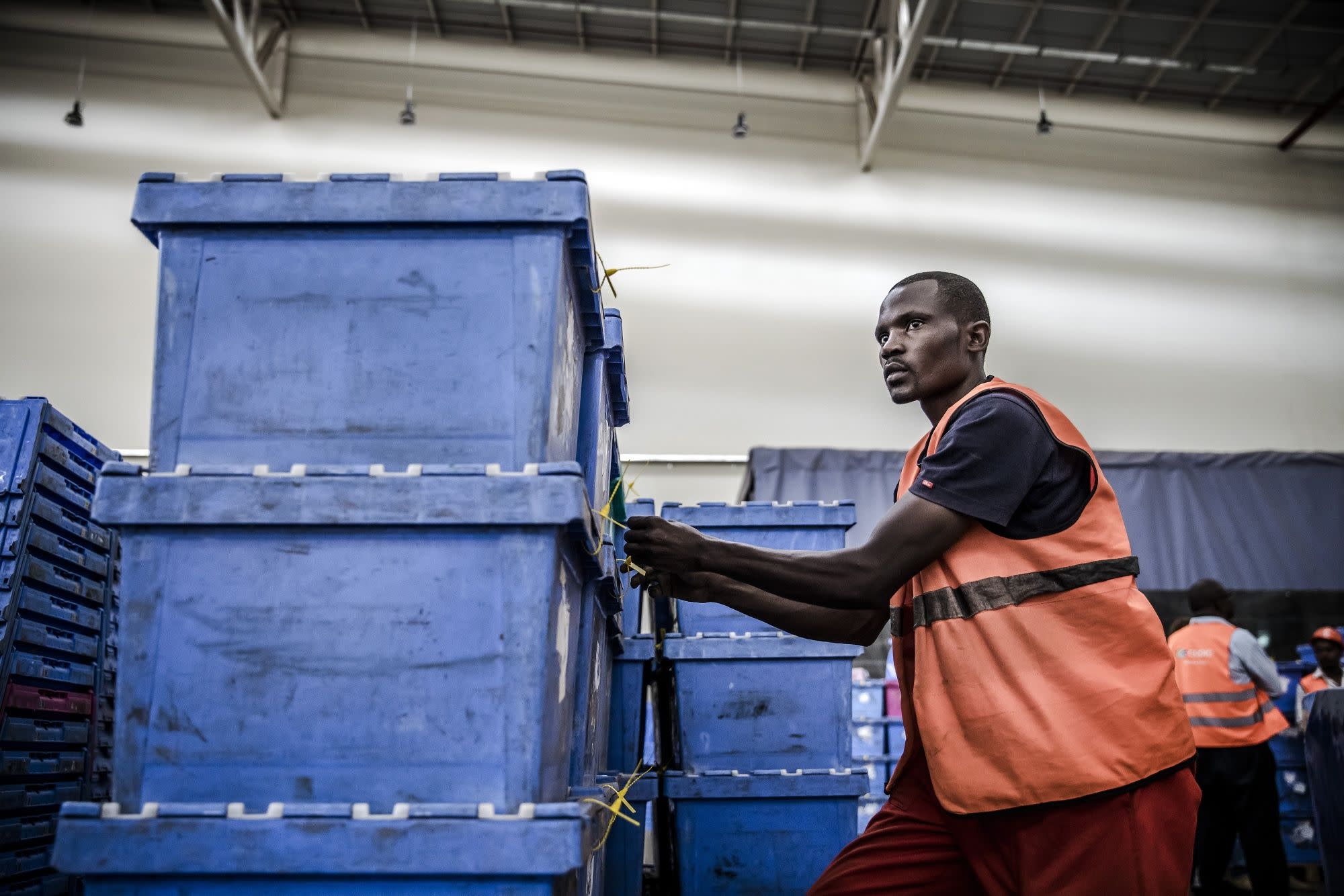 (Bloomberg) — In the three years since becoming an agent for mobile e-commerce company Copia Global Inc., Samuel Kihara has boosted revenue at his general store fivefold, opened a second shop, bought land and a truck and moved his children to private school.

“The commissions I earn as a Copia agent have been my working capital,” Kihara, 48, said as he stood in green overalls at his small shop in Kawaida, a village 23 kilometers north of Kenya’s capital, Nairobi. “All this has been possible due to money from the business.”

Copia takes mobile-phone orders for goods ranging from kitchen appliances to tinned food and delivers them to remote parts of Kenya within about two days at no extra cost. That’s when Kihara and about 6,000 other agents in the country come in. They own businesses such as a shop or hairdresser that Copia can use as a central delivery point — and earn a commission on every order.

Copia’s slogan, Maisha Rahisi, means ‘simple life’ in Swahili. The company, founded in 2013 by American social entrepreneurs Tracey Turner and Jonathan Lewis, is still making a loss. But its sales are growing at a rate of 15% a month in Kenya, a country whose citizens have been quick to take up mobile e-commerce services ranging from money transfers to digital-loans.

“The model solves a number of issues in terms of merchandising that exist in rural areas on the continent,” said Future Advisory founder Herman Singh, a former executive at wireless giant MTN Group Ltd. and one-time board member of Africa’s biggest e-commerce business, Jumia Technologies AG. “The challenge is doing this at a profit. The models don’t compute unless you have huge scale on your side.”

While Copia currently serves just over a fifth of Kenya’s rural population, mostly in the center of the country, Tim Steel, its chief executive officer, has bigger ambitions. His target market is Africa’s 750-million middle and low income consumers, who spend $680 billion a year.

Within 18 months Steel expects to have 18,000 agents, he said, and to have begun expanding into Uganda, Rwanda and Tanzania. He expects the company to turn a profit within two years, though he declined to give financial details.

“We are able to deliver a package at one-sixth of the price than any other best in class e-commerce business in the world,” Steel said. We aggregate “multiple orders, rather than having a one-on-one delivery system that prices a lot of customers out.”

That may give Copia an advantage over rival Africa-focused online retailers such as Jumia, which has been dubbed the continent’s version of Amazon. Founded by two Frenchmen in 2012, Jumia listed in the U.S. last year to great fanfare but is also yet to turn a profit, and the stock has slumped 71% since the initial public offering. It operates in 11 African countries from Morocco to Nigeria and Kenya.

Malaicha.com, which allows groceries purchased in South Africa to be collected in Zimbabwe at a small number of collection points, operates a similar system to Copia, albeit on a much smaller scale.

“The biggest problem of Africa is always the logistics,” said Christophe Meunier, a partner at telecommunications advisory firm Delta Partners. “It is likely to take time and financial resources to be able to build those routes that are under-served and not well established at scale.”

Copia will need to access more finance if it is to proceed with its plans and is hopeful it can raise funding in the early part of 2021, though it isn’t yet considering a listing.

Copia raised $26 million last year in a funding round led by LGT Lightstone, an impact investment company owned by Liechtenstein’s royal family. The company is currently owned by between 30 and 40 investors including LGT and DOB Equity, a fund based in the Netherlands, said Steel.

“It is providing middle and low-income African consumers with access to quality goods at low prices,” LGT said in a response to questions. “Copia is leap-frogging retail.”

So far it has been well received by Kenyan customers.

“The savings are great, we are happy,” said John Kamau, a 55-year-old who drives a motorized rickshaw taxi in Githurai 45, on the outskirts of Nairobi. He uses Copia to send his mother feed for her dairy cows 140 kilometers away, saving her a journey of as much as six hours to the closest outlet. “She is happy.”

Why Is Big Lots (BIG) Down 42.2% Since Last Earnings Report?

Best Buy (BBY) Down 20.2% Since Last Earnings Report: Can It Rebound?

N.Y. Has Most Deaths in a Day; Italy Has Fewer: Virus Update