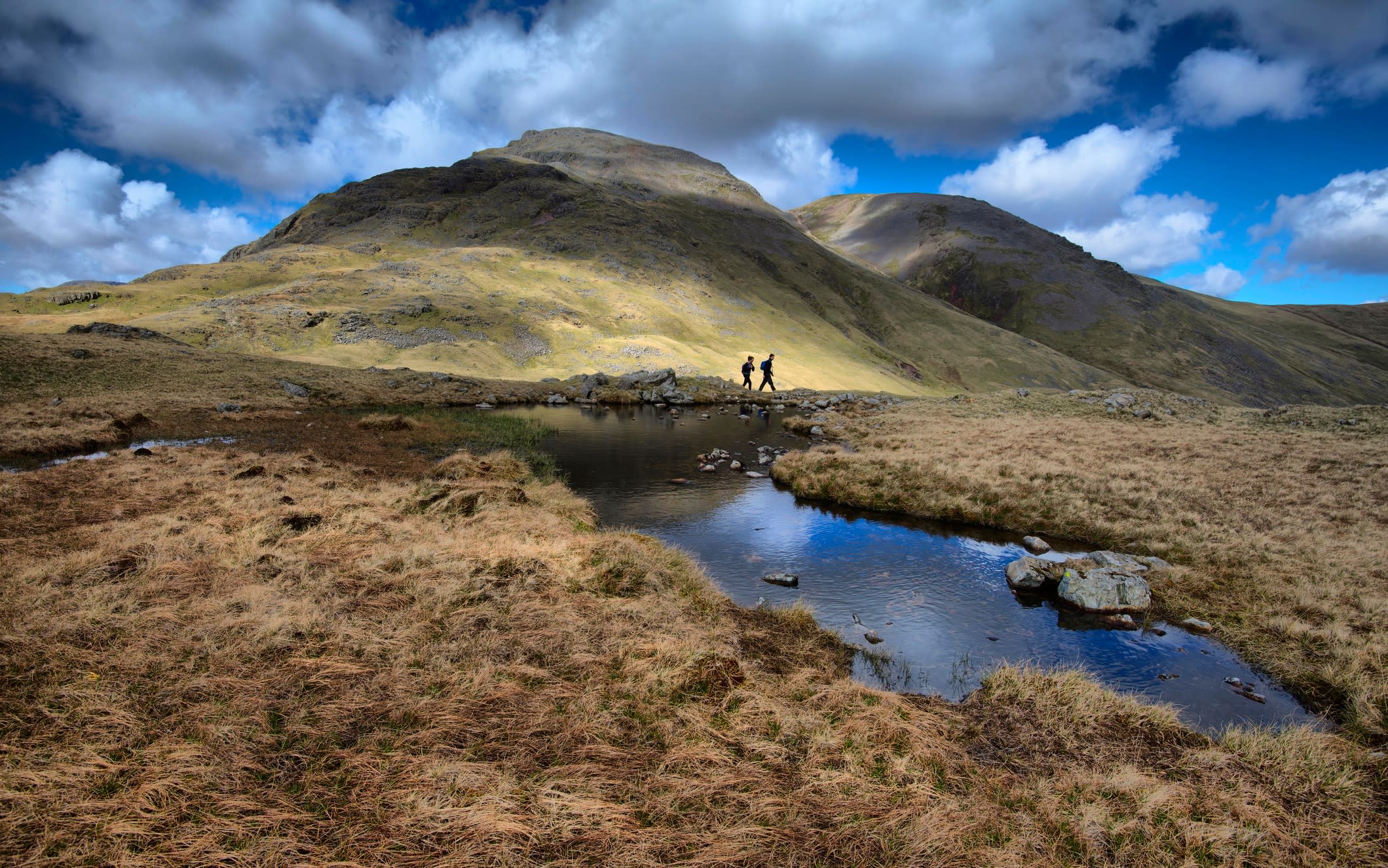 The dream of a summer holiday on home soil is one that many of us are clinging to tightly as we look to the weeks ahead. After staring at the same four walls and wandering the same walking routes for months, the promise of a change of scenery, and the chance to hear the rustle of the trees or feel the waves on our feet somewhere new, feels exotic in a way that a holiday in Britain never has before. It is also, as Nick Trend points out, one of the best hopes that we have – for the summer, at least.

To say that the British tourist market has suffered in the wake of Covid-19 would be a flippant understatement. Earlier this week, Patricia Yates, the acting chief executive of VisitBritain, told MPs on the Commons digital, culture, media and sport committee that the tourism sector expected to lose £37 billion as a result of the impact of coronavirus.

For many in the domestic hospitality industry, a successful summer season is all that stands between them and the loss of their business. But a change certainly seems to be in the air. In the wake of the Prime Minister’s announcement of an easing of restrictions in England on May 10, we have seen a very slow move towards the end of lockdown. We can now drive for exercise and by last Thursday, the National Trust had reopened most of its car parks. This may feel like a baby step, but it is one that is finally being made in the right direction.

While the first ministers for Scotland and Wales have yet to follow suit (and it is important that day trippers from England respect the current advice), it is anticipated that they will not be too far behind.

As the industry awaits further guidance, VisitBritain has announced plans for a “quality mark” that could be rolled out at hotels, attractions and self-catering accommodation across the country to help boost consumer confidence. The badge would act as a safeguard for staff and visitors, and earning it will involve rigorous online training and an assessment session focused on hygiene and social distancing.

For England, the road map suggests that July 4 is the all-important date for holidays at home, with self-catering stays, camping and glamping the most likely to be in a position to welcome guests – assuming that acceptable social distancing and strict cleaning regimes can be introduced.

Remote self-catering offerings with contactless handovers are arguably the perfect option right now, and with less reliance on the wider hospitality industry (restaurants and bars) than their hotel counterparts, they could be in a position to reopen safely to guests in the coming months.

“We believe self-catering holiday accommodation could be the first in the sector to reopen post-lockdown,” says Julianne Shelton, managing director of cottage company Cornish Gems (cornishgems.com). “Visitors could travel directly to holiday cottages and check-in contactlessly.”

Here are our favourite remote offerings taking bookings in July.

A little luxe, the Highlands

It’s hard to beat the location of Eagle Brae, found between Glen Affric and Glen Strathfarrar and surrounded by rugged munros. With three major lochs on the doorstep, as well as two rivers, you can head out to catch your dinner before sitting out on the deck to watch for deer. There are 10 cabins to choose from, all offering a little luxury in the wilderness – some even have their own private saunas.

If it’s a quiet escape for two that you are seeking, this small woodland home in the village of St Neot in Glynn Valley has been transformed into a luxury hideaway. The beauty of the Cornish coast or the wilds of Bodmin Moor sit on the doorstep, and otters can be spotted in the nearby rivers.

Red Kite Barn is a 19th-century agricultural building that offers total isolation, set in 80 private acres of rolling moorland with plenty of wild swimming spots and mountain biking trails. Though remote, it doesn’t compromise on style, and has a large wooden deck. Fun touches include a pool table and a cinema room.

Glamping specialist Canopy & Stars has reported that the number of new bookings it has taken for the summer onwards has increased by 70 per cent over the past seven days, proving that a British break is back on the cards for many people.

Meanwhile, Nick Lomas, director general of the Caravan and Motorhome Club, has seen a similar level of consumer confidence. “The fundamental desire to get out in Britain’s great outdoors is as strong as it has ever been,” he said. “Our bookings for July onwards are almost identical to last year.”

Places with self-contained facilities, such as lavatories, are likely to be able to adapt most quickly to any future advice, giving glamping the edge over camping at present. Here are some of our top picks.

Cabin in the woods, East Sussex

Canopy & Stars has dedicated website pages for offerings with availability in July and August. This includes Idaho Cabin in East Sussex. Shaded by woodland and complete with its own forest garden, this is the perfect place to hide away from the outside world. Being completely off-grid, you can expect evenings to be warmed by candlelight and the soundtrack to feature blackbird calls by day and gently hooting owls by night.

Secret Yurts’ trio of valley-hidden gers (Birch, Rowan and Oak) are secluded, sustainable and sexy – something the Mongolians probably never envisaged. As well as green credentials (ground-source heating, rainwater harvesting), they have king-size beds, fluffy bathrobes and a romantic twinkle of fairy lights and lanterns, plus private bathrooms and outdoor hot tubs in which you can sip bubbles in bubbles.

In the Scottish Highlands between the Cairngorms and Loch Lomond and The Trossachs national parks, Loch Tay Highland Lodges offer a range of accommodation options overlooking the tranquil water. You can choose from geodesic domes, wooden wigwams, cabins and micro-lodges – some with their own hot tub and many with private bathrooms.

For more advice on camping during lockdown, visit telegraph.co.uk/tt-uk-camping-advice

“We sincerely hope that Britain opens up for holidays from July 4,” says John Dixon, chairman and managing director of Prestige Holidays. “The indication that we have is that there is a pent-up demand for people to get away as soon as they can. Obviously, this depends on government guidelines, and to some extent on what areas of hospitality are able to open up, too.”

Self-guided walks are the most likely option for those hoping for a more conventional form of holiday this year. “We are feeling positive that our self-guided UK walking breaks, which by their very nature are well away from the crowds, will be a popular option for a rural escape once UK lockdown restrictions are lifted,” says Simon Wrench, head of marketing at Inntravel.

What better way to take advantage of all that training you’ve been doing in your neighbourhood than to breathe in some fresh air and feel the sun on your face? Here are a few ideas to inspire you.

An island break, the Isles of Scilly

St Martin’s is one of the more peaceful inhabited islands in the archipelago. Found just 28 miles off the coast of Cornwall, the beauty of this tiny isle is that its powdery beaches are empty much of the time, so social distancing shouldn’t be too much of a chore – even in summer. Its shores are also frequented by grey seals, for a dose of the more unusual wildlife you may have been missing.

If you’ve been lacking in a little culture since being confined to your home, seek inspiration in the footsteps of one of the nation’s greatest writers. Taking you through the idyllic scenery and chalky hills of the Downs, this self-guided walk will transport you through the towns and villages that inspired Tess of the d’Urbervilles and Jude the Obscure.

This year the West Highland Way route is celebrating its 40th anniversary. To mark the occasion, Wilderness Scotland is offering guided and self-guided options to trace its iconic trail from Milngavie on the outskirts of Glasgow to Fort William. With wide-open skies and superb scenery, it’s the perfect antidote to cabin fever.

All aboard, Stourport Ring

Who said that to enjoy a British break you have to keep your feet on dry land? A holiday aboard a canal boat can transport you lazily through some of the finest countryside England has to offer. The 84-mile Stourport Ring passes through 114 locks and allows for 56 hours of uninterrupted cruising as you take in sites such as Worcester Cathedral and glorious views of the countryside around the River Severn.