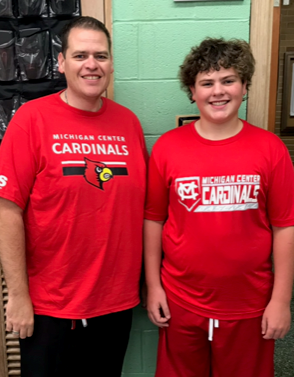 Corey Shelton, an eighth grade science teacher in Jackson, Michigan, has earned a pension after more than 20 years on the job, but now he’s concerned that the economic devastation from the coronavirus pandemic will threaten the monthly checks he’s been counting on to fund his retirement.

“We’re riding the first wave of a financial tsunami,” says Shelton, 43, who expects to retire in four years. “We don’t know the financial devastation that’s going to come out of this.”

Before this crisis even began, state pension plans across the country were already more than $1 trillion short of the funding needed to pay their future obligations to retirees, according to retirement experts at The Pew Charitable Trusts.

Pensions typically receive funding from employer contributions that are invested in a wide range of assets, including stocks and bonds. Gains from those investments are designed to help reduce the amount the employer needs to add to the pension fund to make future payments to retirees.

Now, with stocks well below recent highs and state and local government budgets crunched due to the coronavirus, public pensions are suddenly at risk of even greater shortfalls.

Facing an immediate gap in state revenue of $650 billion over the next three years, according to the Center on Budget and Policy Priorities, officials may postpone pension contributions and slash future benefits for teachers, police officers, firefighters and state workers. At the same time, the risk of bankruptcy has suddenly jumped for cash-strapped cities and counties throughout the country, raising the prospect of pension cuts for current retirees, like what happened after the City of Detroit filed for Chapter 9 bankruptcy in 2013.

After U.S. Senate Majority Leader Mitch McConnell in April floated the possibility of allowing states to file for bankruptcy instead of providing them money to plug their budget deficits, state government retirees voiced concerns that such a process could jeopardize their pensions, too.

When Arlene Buckley of New Jersey heard McConnell had proposed that option, she immediately feared the worst.

“That’s going to be horrendous for us if that happens,” says Buckley, who has been collecting a state pension for 18 years since retiring from Rutgers University at 57. “It makes me very nervous.”

While only 13% of private-sector workers have a pension, 77% of state-and-local government workers have one, according to the Pension Rights Center.

State and local pension funds made up 19% of Americans’ retirement assets as of the third quarter of 2017, according to the Urban Institute. More than 14 million Americans had a state or local government pension with a median annual pension of $17,894 as of 2017, says the Pension Rights Center.

McConnell’s comments came as lawmakers in Washington are debating whether to provide aid to state and local governments in their next coronavirus stimulus bill. House Speaker Nancy Pelosi, a Democrat, has proposed sending hundreds of billions to states to help cover their COVID-19 losses.

While experts say that state bankruptcy is extremely unlikely due to constitutional law and political realities, the double-barreled crisis of market declines and budget deficits is expected to place additional pressure on states to make difficult decisions in the months and years ahead.

The value of public pension funds fell by a median of 13.2% in the first quarter, compared with a year earlier, according to the Wilshire Trust Universe Comparison Service. That made for the worst quarter in the four decades since Wilshire TUCS began tracking the data.

Although the market has recovered some of those losses since then, pension funds are still in crisis mode. Public pensions are at risk of their first full-year loss since 2009, says Greg Mennis, director of Pew Charitable Trusts’ work on public sector retirement systems.

In addition to investment earnings, governments fund their pensions by making annual payments based on estimates of long-term investment performance and when pension recipients will likely die.

State and local pension plans would fall from 71% funded in the 2019 fiscal year to 62.7% in 2025 with a faster market recovery or 55.5% with a slower recovery, the Center for Retirement Research at Boston College estimated in a May 2020 report.

Experts say that the drop in revenue for state and local governments due to a decline in sources such as income taxes and sales taxes is likely to lead them to postpone contributions that could further hobble pension funds that were already shaky before this crisis began.

“We’re now in that phase of ‘what are we going to do to balance our budgets?’” says Teryn Zmuda, chief economist for the Washington, D.C.-based National Association of Counties, a group that represents the interest of counties.

Governments will likely rely heavily on “gimmicks” to balance their budgets in the current situation, including short-term borrowing to cover deficits, drawing heavily on reserves, deferring certain costs until the next fiscal year or even extending the fiscal year, predicts Matt Fabian, partner at Municipal Market Analytics, which provides information on the health of municipalities and their debt.

“It worsens the long-term situation” for pensions, Fabian says.

Budget gimmicks are already happening, he says. For example, the state of New Jersey has already extended the end of its fiscal year from June 30 to Sept. 30 after the federal government extended its tax filing deadline to July 15, which affects state income tax receipts, whose revenue helps fund pensions.

One strategy governments could take to fix their pension problems is to switch future workers from pensions to 401(k)-style plans. But that won’t help them address current payment obligations tied to existing pension commitments, experts say.

Fabian says more governments may consider issuing pension bonds, which is the equivalent of borrowing to pay the bills by adding future liabilities to pay current debts. In the early going of the pandemic, Riverside, California, issued about $727 million in pension obligation bonds to reduce its pension liabilities.

A form of pension bonds played a key role in tipping Detroit into bankruptcy, in part, because the city could not afford the interest payments on the debt when its finances collapsed.

Pension funds in states like Illinois, New Jersey and Kentucky are in particularly rough shape, while cities like Chicago and Dallas have faced steep pension shortfalls for years.

For state and local governments, the current economic crisis is wide-reaching. They are swamped by a sudden spike in public health costs, uncertainty about property tax collection in a bad economy, an abrupt decline in sales and income taxes, a drop in fee collection and a decline in pension assets.

On average, state and local governments typically spent about 6% to 7% of their budget on pension contributions before the pandemic, though it varied up to about 20% in cash-strapped governments, Pew’s Mennis says.

Those obligations are poised to increase due to the pandemic, as revenue is expected to decline while pension obligations persist.

“It is going to absolutely increase the amount of money that state and local governments are going to have to put in or contribute to their pension plans,” says Tom Kozlik, head of municipal strategy and credit for Hilltop Securities. That could “take money away from other things” because governments are legally obligated to fund pensions at certain levels.

That doesn’t necessarily mean states and cities will fail to send pension checks on time and in full to retirees.

At least for now, “pension insolvency risk is low,” says Jim Van Horn, a bankruptcy attorney for Indianapolis-based Barnes & Thornburg. But “it stands to reason that states and cities will face difficult choices in terms of meeting their pension funding requirements without reducing resources for core government services.”

The National Association of Counties and other municipal funding advocates are calling on Washington to step in to help plug budget shortfalls caused by the pandemic.

“This is a critical need,” Zmuda says. “It’s a human need, it’s serving residents, it’s keeping people healthy, it’s ensuring that people can keep their livelihoods and their jobs.”

Buckley, the Rutgers retiree and a resident of North Brunswick, New Jersey, says politicians need to keep the pension promises they made to retirees.

“I feel like I earned this, and I shouldn’t have to take a cut because I think you should be managing the money I paid in taxes in a proper way,” she says.

Shelton, the Michigan teacher, was appalled at the prospect of allowing states to file for bankruptcy to reduce their pension obligations.

“It’s insulting that the federal government can bail out banks and GM and airlines and cruise lines with a multitrillion-dollar bailout, but with a single news conference Mitch McConnell flippantly tells states that they can file bankruptcy and take it out on the middle class again,” Shelton says. He is worried that bankruptcy would translate into pension cuts.

In Shelton’s state, as in dozens of others, public pensions are legally protected from cuts. But those protections have crumbled in bankruptcy cases like Detroit, where a judge ruled that pensions are contracts that can be cut under the bankruptcy process.

“All bets are off and my pension is now on a table” if bankruptcy becomes a reality for states, Shelton says.

To be sure, experts say that the prospect of bankruptcy for the states is extremely unlikely because Democrats, who oppose such a plan, control the House of Representatives and because state bankruptcy likely violates the U.S. Constitution.

But municipal bankruptcy is a different story. The federal government allows cities, counties and other local government entities to file for Chapter 9 bankruptcy if they obtain advance approval from state governments.

If states don’t get any or enough federal aid to plug their pandemic-caused shortfalls, they will likely cut back on revenue sharing with cities and counties, which need the cash to keep operating without massive deficits of their own, Fabian says.

“It is a fair expectation that we’ll see more city bankruptcies and more payment defaults than we’ve seen before in the next few years,” Fabian says.

Yet filing for municipal bankruptcy won’t necessarily solve the budget crisis for local governments given that their imminent challenge is a shortfall in revenue, Kozlik says. Bankruptcy is designed to slash debt, not boost income.

“Nobody’s downplaying the seriousness, but don’t tell me you can give Carnival Cruise Line and JetBlue billions of dollars but we won’t give you what we promised you for 30 years of service,” Shelton said.

Kozlik predicted that Congress would eventually provide hundreds of billions in aid.