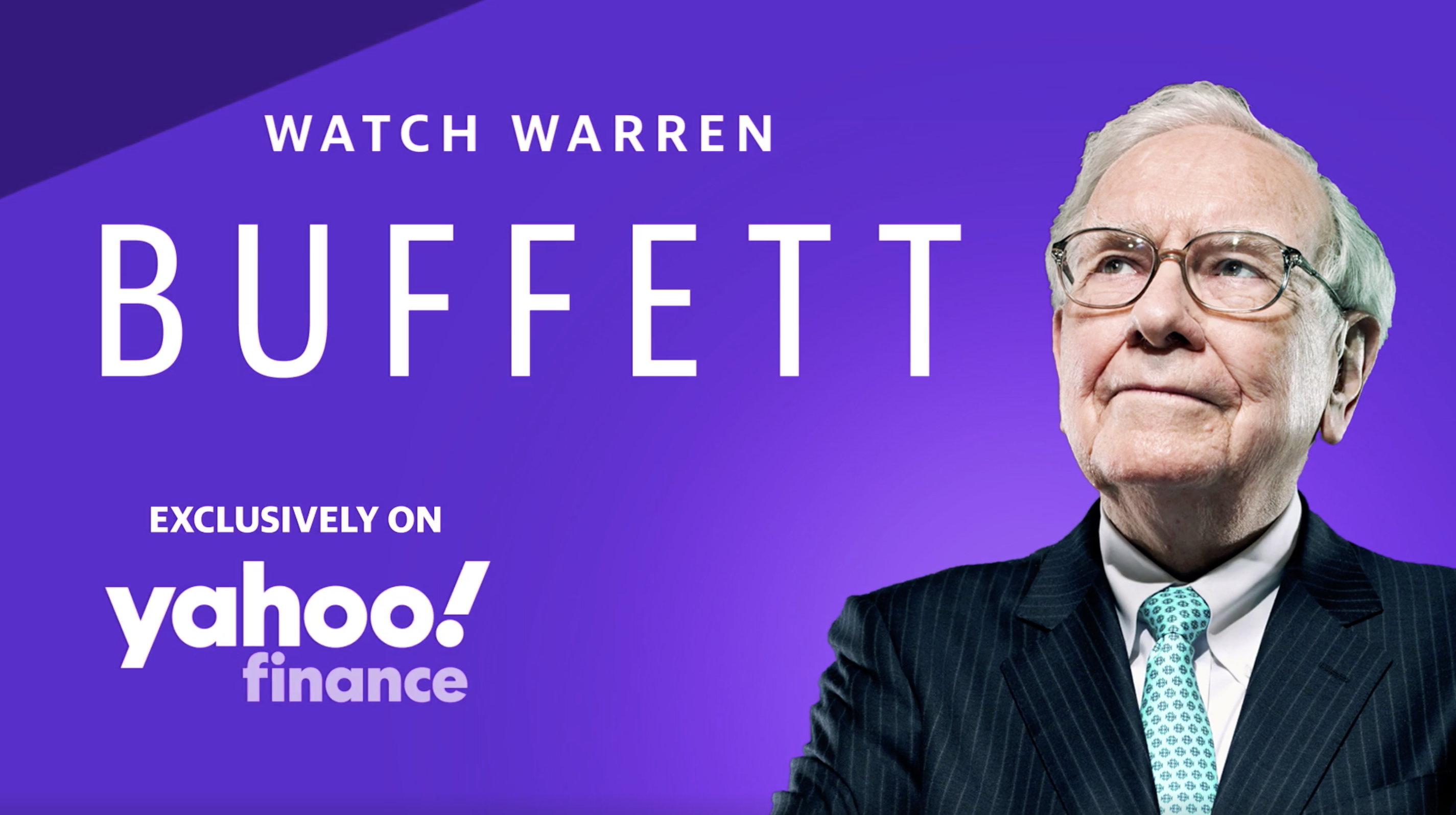 Circumstances were different this year, and investors from around the world tuned in to seek investing wisdom from the “Oracle of Omaha” and guidance on how to navigate the highly uncertain environment amid one of the worst public health and economic crises in history.

Saturday morning, Berkshire Hathaway reported first quarter financial results, and in it, the conglomerate made 31 mentions of the term “COVID-19.” Because Berkshire has investments in a broad range of different industries, its businesses also saw massive disruption from the global pandemic.

Berkshire’s insurance business, which includes GEICO auto insurance, saw profit margins improve because people simply aren’t driving as much as they used to during the COVID-19 crisis. And while Berkshire’s railroad, utilities businesses remain open, activity has slowed considerably.

Berkshire saw first-quarter net losses of nearly $50 billion, including an unrealized loss of $55 billion in investments. It is important to note that because an accounting rule requires companies to report unrealized stock losses and gains with earnings, it often creates wild swings in Berkshire’s overall results.

Here are some highlights from the meeting:

Buffett on the Paycheck Protection Program

Small businesses in America have been feeling the wrath of COVID-19. Countless restaurants, bars and other “non-essential businesses” have been forced to shut their doors as authorities enacted “shelter-in-place” orders to combat the spread of the coronavirus.

Warren Buffett applauded lawmakers for their efforts to aid small businesses in need and “acting properly” on the issue.

‘Buybacks are so simple’

Stock buybacks have been a hot topic among the investment community lately.

When asked about share repurchasing programs, Buffett replied, “That’s very politically correct to be against buybacks now. Buybacks are so simple, it’s a way of distributing cash to shareholders.”

Buffett on oil and investment in Occidental Petroleum

Crude oil has been extremely volatile in recent weeks, and at the end of April, West Texas Intermediate crude oil (CL=F) for May delivery tumbled to -$37 per barrel and sent investors into a frenzy.

During the question and answer session, one shareholder asked Buffett about the investment he made in Occidental Petroleum (OXY) a year ago.

“If you’re an Occidental shareholder or any shareholder in any oil producing company, you join me in having made a mistake in where oil prices went,” Buffett said.

“[The investment] was attractive at oil prices that then prevailed. It doesn’t work obviously at $20 a barrel, certainly doesn’t work at -$37 a barrel. It doesn’t work at these oil prices. That is why oil production is going to go down in the next few years because it does not pay to drill. This situation is you don’t know where you’re going to store the incremental barrel of oil, oil demand is down dramatically. For a while the Russians and Saudi Arabians were trying to outdo each other in how much they could to produce. When you got too much in storage it doesn’t work its way out of that fast.”

COVID-19 will ‘determine our behavior’

No one knows how long COVID-19 will last, Buffett said.

“Most people think, and they know more about it than I do, that the virus will to some extent decline in spread in the summer months. I would say many think that it will come back at some later date.”

“The virus is going to determine our behavior. We’re doing a lot of smart things, and we’ve got a lot of very smart people, but there are unknowns. And the unknowns that apply in the health aspect create unknowns in the economy. We will have to keep evaluating things as we go along. I hope that once suppressed that it doesn’t come back, and that we readjust,” Buffett added.

Read more: Warren Buffett on not deploying massive cash pile: ‘We don’t see anything that attractive to do’

See’s Candies, which Buffett bought in 1972, has faced immense challenges due to COVID-19, but he still loves his investment.

“Easter is a big sales period for See’s…essentially we were shut down. It’s a very seasonal business to start with. But we have a lot of Easter candy. We won’t sell it.”

Boeing is ‘one hell of a company’

The “Oracle of Omaha” thinks embattled aerospace giant Boeing (BA) is “one hell of a company.”

“When you think about Boeing. You know, it is one hell of a company and it’s important. It’s a huge exporter, and it affects a lot of jobs,” according to Buffett.

Thursday, Boeing raised $25 billion in a bond offering, and thus, said it would not seek federal aid.

A slew of industries have been under significant pressure in recent months due to the worldwide spread of COVID-19, but the travel industry has been one of the hardest hit. Specifically, the airlines have been disproportionately suffering through the crisis, and Buffett said the industry has been changed in a very major way.

“I don’t envy anybody the with the job of being CEO of an airline,” Buffett said. “The airline business changed in a very major way. The future is much less clear to me about how the business will turn out … the world changed for airlines, and I wish them well, but it’s one of the businesses we have businesses we own directly that are going to be hurt.”

During the question and answer portion, Buffett explained that he exited all of his investments in the four largest U.S. airlines — American Airlines (AAL), Delta Air Lines (DAL), Southwest Airlines (LUV) and United Airlines (UAL).

“When we sell something, very often it’s going to be our entire stake completely, we don’t trim positions,” Buffett said.

Read more: Warren Buffett: Berkshire has dumped all of its airline stocks, says ‘world has changed’

Investing amid the heightened uncertainty can be difficult, but Buffett explained that in the long run, equities still be a better investment than Treasuries.

“If you own equities over a long period of time, the idea that equities produce better results than the 30-year treasury bond which yields one and a quarter percent now. It’s taxable income,” Buffett said.

‘We are now a better country’

In his prepared remarks, Buffett hammered down the idea that America will eventually prevail against all odds. He used examples like the Great Depression and the Civil War to illustrate the resiliency of the country.

“Nothing can stop America when you come down to it, even with the scariest of scenarios. It may have been tested during the Great Depression, and it may be tested now to some degree. In the end the answer is never bet against America. That in my view is true today as it was in 1789 and even was true during the Civil War and depths of the depression,” Buffett said.

Read more: Warren Buffett: I don’t know what’s next for stocks, and I don’t think anyone knows

Buffett on COVID-19, ‘nothing basically can stop America’

As the COVID-19 pandemic rips through the world, market watchers have been waiting to hear Buffett’s thoughts on the outbreak.

In his initial remarks, Buffett noted that the virus is hard to evaluate but “the range of possibilities has narrowed down somewhat. I would say the range of probabilities, or possible reasons, on the economics side are still extraordinarily wide, what happens when you voluntarily shut down a substantial portion of your society.”

Despite the extraordinary circumstances caused by the global pandemic, Buffett reminded the public that “nothing basically can stop America.”

Read more: Warren Buffett: The American economic miracle ‘has always prevailed and it will do so again’

Warren Buffett kicked off the 2020 annual meeting by addressing the different circumstances of the event due to COVID-19.

“I think most of the people that come to our meeting really come to listen to Charlie but I want to assure you, Charlie at 96 is in fine shape.”

This year’s meeting is different

Unlike prior year’s meetings, shareholders were not invited to attend in person due to the COVID-19 pandemic.

Buffett, Berkshire Hathaway’s CEO, and Greg Abel, Berkshire’s vice chairman of non-insurance operations, were both in physical attendance, and they fielded questions from journalist Becky Quick.

Vice chairman and Buffett’s right-hand man Charlie Munger was not in attendance. Berkshire’s other directors also did not attend the event in person.

We don’t need gyms to reopen. We never really needed them in the first place.

Brand tweets about being an anti-racist ally are not enough

Synopsys, Acushnet, CrowdStrike, Zoom and Netflix highlighted as Zacks Bull and Bear of the Day

What future for sport and sponsors after the coronavirus lockdown?