After months of bleak figures and forecasts, California now appears to be riding a wave of success beating back the coronavirus as officials express cautious optimism about what is next for the state.

Hospitals across the state are treating the fewest patients with COVID-19 since April. The percentage of tests coming back positive for the virus is lower than ever, proof that the state has reined in a massive surge that began this summer.

“We are turning the corner,” said Gov. Gavin Newsom in a news conference Wednesday as he listed multiple coronavirus metrics now “lower than what we’ve seen in a number of months.”

But these signs of progress also bring concerns that it could be erased. Many businesses are pushing for a faster reopening timeline, including Disneyland, Universal Studios and other theme parks, which wrote a letter to Newsom this week urging him to quickly issue guidelines so they can start allowing visitors again. Also this week, a group of nearly 300 fitness centers filed suit against the governor protesting their extended closure.

Experts fear that reopenings could coincide with flu season as well as with people becoming more complacent in their day-to-day lives, wearing masks less or choosing to attend gatherings likely to spread the virus. Such loosening happened before, in late May and June, and there is no reason it would play out differently this time, they say.

“The virus is the same. These numbers we generate are markers of how efficiently we’re avoiding the virus,” said UC San Francisco epidemiologist Dr. George Rutherford. “We’re not doing anything to the virus except avoiding it.”

Ideally, there is a delicate balance that can be struck, with eased restrictions that cause only a slight increase in case numbers that don’t overwhelm the healthcare system or lead to hundreds of deaths. But California failed in its first attempt, so the question now is whether it can pull it off this time.

In recent weeks, as much of the state’s attention has turned to devastating wildfires, significant gains have been made against COVID-19. Daily case numbers have dropped from more than 10,000 a day a few months ago to fewer than 3,000. The number of people hospitalized with COVID has shrunk from a peak of 7,170 in late July to 2,821 on Tuesday, according to the California Department of Public Health.

“This is all good news,” said UCLA epidemiologist Dr. Timothy Brewer. “Everything is moving in the right direction, so I would personally be positive.”

Brewer attributed the progress to a combination of business closures, wearing masks, physical distancing, more testing and faster contact tracing. But he warned that if people socialized unsafely on Labor Day, the numbers could start heading in the opposite direction.

Both the Memorial Day and July Fourth holiday weekends proved to be breeding grounds for coronavirus as people used the time off to throw parties and share meals with friends and family. It will be a few weeks before the data show the complete picture of what happened during the holiday weekend, he said.

“I think we have been, as a community, doing an excellent job, but fatigue does kick in,” he said.

The trends could also change in the short term if evacuations from the wildfires have pushed people to stay with their friends or family, or in shelters where the virus could easily spread among people in close quarters.

Testing in some places, including Los Angeles County, has also been limited because of testing site closures because of extreme heat and hazardous air quality in recent days, which could also affect the numbers.

Assuming the numbers stay low, many counties could soon begin reopening businesses. State officials said Wednesday that they expect that several counties will get the green light next week to move into a less restrictive tier, which would allow more reopenings.

But it is reopenings that largely drove the surge earlier this summer, experts say. As cases skyrocketed in July, Newsom was forced to close bars, zoos and museums as well as indoor dining statewide to curb the spread. Some counties, including L.A. and Orange, were also forced to close gyms, houses of worship, hair salons and malls.

Though the standards for opening in May were smart and well-crafted, the “shortcoming was not hard-wiring those or following them diligently,” which allowed reopenings to happen too quickly, said USC epidemiologist Dr. Neha Nanda.

In early summer, counties were allowed to ask for exemptions to the criteria that had been set, and often opened multiple sectors at once. In a single week in May, L.A. County officials opened restaurants for indoor dining, barber shops and hair salons, places of worship, in-store shopping at retail stores and malls, drive-in movie theaters and flea markets.

Now Newsom is mandating that counties follow a step-by-step plan, spending at least three weeks in each tier. To move into a less restrictive tier, counties must meet the criteria for two weeks straight. If a county moves into a new tier but then fails to meet the criteria, it will be bumped back down, according to Newsom’s plan.

On Wednesday, Dr. Mark Ghaly, California Health and Human Services secretary, said that San Diego County, one of a few counties in Southern California to move into a tier that allows indoor dining, movie theaters and gyms, appeared to be failing to meet the standard required to stay in that tier.

He said that if the numbers persist, the county could be forced to close those businesses until the numbers improve.

“If that’s what the data shows, that’s what the state is going to expect,” Ghaly said. “We’re reaching levels of transmission that are lower than we’ve seen in many months, but we still need to continue to keep our guard up.”

Ghaly said hospitals need to keep their coronavirus numbers low to prepare for winter and the flu season, which could fill hospital beds. In the coming days, the state will provide an update about theme parks and other sectors looking to reopen, Newsom said.

The logic behind the reopenings is not that the threat of coronavirus has vanished, but that some things can be open because they become less risky as the spread of the virus falls. For example, if everyone has COVID-19 in a community, then going to a restaurant becomes very dangerous. If only one out of 1,000 people is infected with the virus, the risk drops.

That’s the balance that counties will be trying to achieve over the next months: keeping the numbers low enough so that the risk of doing activities doesn’t skyrocket. No one yet knows exactly how to strike that balance, and the stakes are high, experts say.

“As long as community transmission exists, as long as its higher than zero, it can come back,” Brewer said.

Thu Sep 17 , 2020
Here’s a roundup of top developments in the biotech space over the last 24 hours: Scaling The Peaks (Biotech Stocks Hitting 52-week Highs Sept. 16) Arena Pharmaceuticals, Inc. (NASDAQ: ARNA) (the first subject has been dosed in a Phase 3 trial evaluating etrasimod for the potential treatment of moderately to severely […] 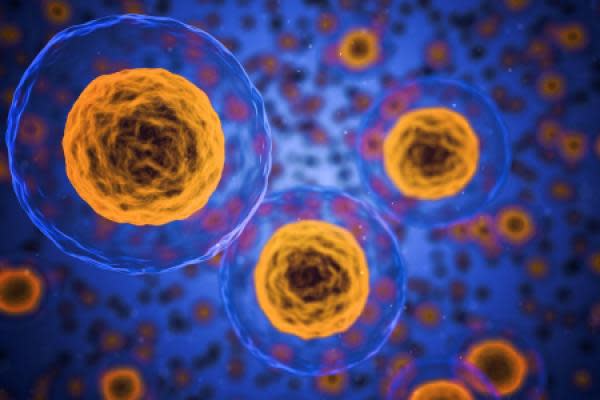