California has updated its color-coded risk assessments, which are central to the new economic reopening system that classifies the state’s counties into four tiers based on their recent coronavirus numbers.

If you’ve been anxiously awaiting more reopening developments in the Sacramento area, the latest numbers bring some good news.

El Dorado County has had its risk level downgraded, from the red tier to the less-restrictive orange level. Placer County could make the same move as early as next week, if its numbers remain relatively steady.

The tier system ranks counties based on COVID-19 risk level, as measured by the rate of new lab-confirmed cases and the percentage of virus tests returning positive.

The four tiers, from most to least restrictive, are: purple, red, orange and yellow. The list is updated weekly on Tuesdays.

With moves to lower-risk tiers, counties are permitted to allow certain types of businesses and activities to resume or proceed with loosened modifications on those that already have the green light.

Several other counties across California were promoted to less-restrictive tiers this week: Alameda, San Luis Obispo, San Mateo, Solano and Riverside improved to red; Lassen and Nevada improved to orange; and Mariposa joined Alpine and Modoc counties as the only three in the yellow tier.

None of California’s 58 counties were moved to a more restrictive tier.

Also on Tuesday, state Health and Human Services Secretary Dr. Mark Ghaly announced that nail salons will be allowed to reopen indoors statewide, regardless of tier placement. Ghaly said more details on that would be available soon.

What can open in El Dorado County in new COVID-19 tier?

This will allow “many businesses to reopen for the first time since March and others to expand their operations, which is very good news for our economy,” said Williams.

El Dorado has long fared the best among Sacramento-area counties in terms of COVID-19 numbers. It has recorded only four fatalities from the respiratory disease, and throughout the pandemic has observed comparably tiny numbers of new infections and hospitalizations.

But Williams still urged caution on the part of residents and business owners.

“(J)ust because something is allowed does not necessarily make it safe,” she continued. “Moving to the Orange tier should not be seen as a green light to stop wearing a face covering, keeping at least six feet from others, minimizing mixing with non-household members and washing your hands regularly. It’s critical, with this positive move forward, to continue to exercise our personal responsibility to ensure we keep our case level and test positivity rate low.”

So what does the move from the red tier to the orange tier actually entail, in terms of changes to businesses, gatherings and other activities?

The changes include but aren’t limited to the following:

▪ Retail stores’ max capacity limit of 50% can be dropped (except in common areas and food courts at malls or shopping centers);

▪ Museums, zoos and aquariums can expand indoor capacity from 25% to 50% their usual maximum;

▪ Places of worship, movie theaters and restaurants may each expand indoor operation from a max of 25% or 100 people, whichever is fewer, to a max of 50% capacity or 200 people;

▪ Gyms and fitness centers may expand from 10% to 25% max indoor capacity, and could open their indoor pools;

▪ Indoor wineries may open, with a max of 25% capacity or 100 people, whichever is lower;

▪ Bars, breweries and distilleries may reopen for outdoor business only;

▪ Indoor family entertainment centers could open at 25% capacity for “naturally distanced activities” including bowling and rock-climbing;

▪ Indoor cardrooms and halls may reopen with max 25% capacity; and

▪ Offices could reopen indoors with modifications and no hard capacity limit, but employers should still encourage telework.

Williams mentions that, ideally, keeping up good work in driving down COVID-19 metrics could see the county promoted again to the yellow tier, perhaps as soon as it’s eligible to do so in three weeks. That would lift restrictions even further.

On the other hand, she warned that it’s not impossible if people let their guard down, and metrics start moving the wrong way, for the county to be demoted back to the red tier.

More on the state’s tier system

The changes to the tier list made Tuesday come from data for the period of Sept. 6 to Sept. 12, as calculated on Monday by the California Department of Public Health.

Each week, CDPH looks at two metrics over a seven-day stretch, with a one-week lag time to account for any potential discrepancies. The state looks at the average daily rate of new cases per 100,000 residents (which is adjusted slightly from its raw total), and the percentage of diagnostic tests that returned positive. Counties’ prison inmates aren’t included in calculating either total, the state says.

The guidelines for California’s four COVID-19 risk tiers are as follows:

▪ For daily new cases, the purple tier is seven or more per 100,000 residents, red is between four and seven new daily cases, orange is between one and 3.9 new cases, and yellow is below one new daily case per 100,000. The new case figures for counties with more than 100,000 residents are adjusted based on the number of tests they conducted and how it compares to the statewide median for testing.

▪ If a county has one metric in one color and the other in a different one, that will count as a week in the more restrictive of the two tiers.

▪ A county must be in any given tier for three straight weeks before it can be promoted.

▪ A county will be promoted to the next tier once it meets both data criteria of that tier for two straight weeks. Counties can only improve one tier at a time.

El Dorado County, for the span of Sept. 6-12, had a rate of 1.5 daily new cases per 100,000 (meeting the orange requirement) and only 1.3% of tests returned positive (meeting yellow). It also met both criteria last week, and had been in the red tier at the outset of the list three weeks ago. Therefore, it was moved to the orange tier.

Here is a breakdown of where the rest of the six-county Sacramento region stood in terms of COVID-19 metrics for Sept. 6-12:

In Placer, which joined the red tier Sept. 7, the recent figures are each well into the orange-tier criteria. If numbers hold at a similar level, Placer County will be in the orange tier by next Tuesday.

Sacramento and Yolo counties also show promising signs of being promoted out of the purple tier and into the red if their numbers remain steady.

But farther north in the valley, in the Yuba-Sutter bicounty area, data show COVID-19 activity still remains too high for either county to have its tier improved in the next two weeks.

Coronavirus: Get news and updates emailed to you from The Sacramento Bee

Who is looking after the mental health of business leaders?

Wed Sep 23 , 2020
TipRanks Goldman Sachs: These 3 Stocks Are Poised to Surge by at Least 50% Is it time for the bears to break out the champagne glasses? Not so fast, says Goldman Sachs. Volatility has ruled the Street for the last few weeks, leading some to conclude that those with a […] 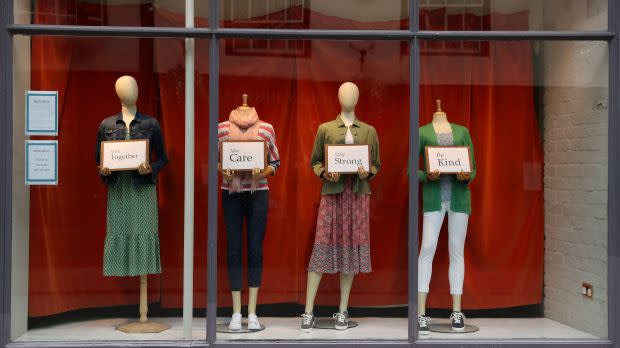