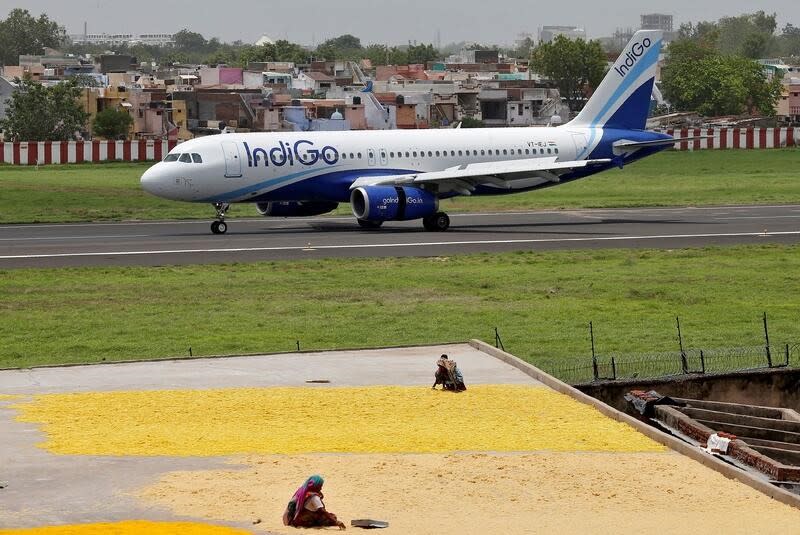 By Aditi Shah and Derek Francis

NEW DELHI/BENGALURU (Reuters) – IndiGo, India’s biggest airline, plans to cut up to 40 billion rupees ($533 million) in costs and speed up the return of older planes to leasing companies as it grapples with the fallout from the coronavirus pandemic.

Airlines around the world have been hammered by a slump in travel due to restrictions aimed at containing the virus, and few expect a quick recovery.

IndiGo has around 120 older A320ceo planes that cost more to maintain and plans to return them to leasing firms over the next two years, depending on demand, CEO Ronojoy Dutta said, adding domestic travel was likely to return sooner than international.

The company, which currently has a fleet of around 260 jets, said it would continue to take delivery of newer, cost-efficient A320neo planes. However, like many rivals, it is in talks with manufacturer Airbus about exactly how many new aircraft it will take this year.

“In times like these, we must shift our focus from profitability and growth to managing cash and liquidity,” Dutta said, after parent Interglobe Aviation reported a swing to a quarterly net loss.

“We see an opportunity to make the fleet more efficient,” he said, adding IndiGo was revising its capacity guidance for this financial year.

Operations chief Wolfgang Prock-Schauer told a conference call IndiGo planned to take at least the next 30 plane deliveries from Airbus.

Finance chief Aditya Pande said the airline would review salary reductions it had already made, in addition to not paying a dividend and negotiating better payment terms with suppliers among measures aimed at saving about 30-40 billion rupees.

Interglobe Aviation reported a net loss https://www.bseindia.com/xml-data/corpfiling/AttachLive/f8e17882-019a-44d3-9283-56ad3ca12bd9.pdf of 8.73 billion rupees for the quarter ended March 31, including just over a week of India’s coronavirus lockdown.

That was down from a profit of 5.90 billion rupees a year earlier, due mainly to higher aircraft repair and maintenance costs as well as unfavourable foreign exchange rates.

(Reporting by Aditi Shah in New Delhi and Derek Francis in Bengaluru; Editing by Vinay Dwivedi and Mark Potter)