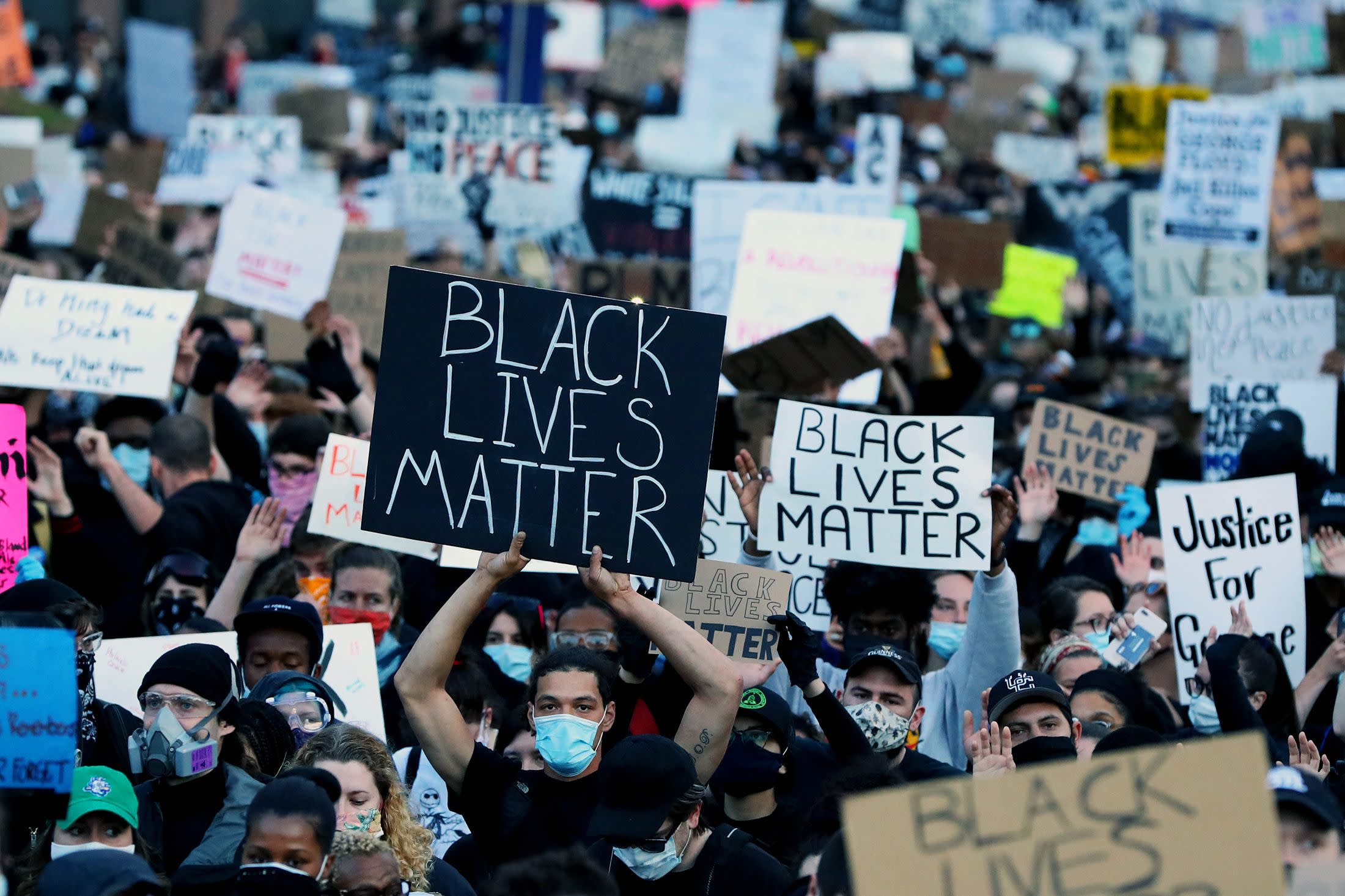 (Bloomberg) — As protests over the death of an unarmed black man in police custody spread from Minneapolis to New York and across the U.S. in the past few days, the biggest names on Wall Street weighed in. For some, the pain was personal.

Mark Mason debated whether he should say something. The chief financial officer of Citigroup Inc. — one of the top black executives in finance — was disgusted, having just watched the now-viral video that captured a white police officer pressing his knee into George Floyd’s neck for more than eight minutes.

As the video sparked protests around the country, and after several painful conversations with his family, Mason realized he had to speak out. In a blog post on Citigroup’s website that started by repeating the words “I can’t breathe” 10 times — the number of times, at least, that Floyd said it before his death — Mason pleaded that readers fight for basic human rights for black Americans like himself.

Mason wasn’t alone on Wall Street in feeling a personal connection to Floyd’s death and resulting outrage across the country.

“It’s 2020 and enough is enough. We can no longer be silent,” Thasunda Brown Duckett, chief executive officer of consumer banking at JPMorgan Chase & Co., said in a post on LinkedIn. Like Mason, she’s a rare black American in the top tiers of the U.S. finance industry. “Yes it’s painful and my tears are real.”

George Floyd’s killing sparked a rare instance of top executives from almost every major bank and investment company speaking out. In some ways, it’s a continuation of the industry’s desire to be viewed as more socially responsible, in line with actions taken to close gender-based pay gaps or limit greenhouse-gas emissions.

While the biggest Wall Street firms pledged to do more to support diverse communities, they’ve struggled to boost the representation of black Americans in their own top ranks. Many of those executives of color chose to use their platform to speak out.

“I’m talking about something as mundane as going for a jog,” Mason said in his blog post, which has elicited hundreds of comments from Citigroup employees around the world. “Racism continues to be at the root of so much pain and ugliness in our society — from the streets of Minneapolis to the disparities inflicted by Covid-19.”

For billionaire Robert Smith, founder of Vista Equity Partners, Floyd’s killing and other recent events — such as the shooting death of Ahmaud Arbery in South Georgia while he was out for a run — forced him to recall learning his uncle was shot dead by a white gas-station attendant after having just received his master’s degree and taking on a new job with the state of Colorado.

“This was almost 50 years ago, and the pain still lingers,” Smith said in a memo to employees. “When I see the face of George Floyd, Ahmaud Arbery or Christian Cooper, I see myself as a young man; I see the faces of my children; and I am reminded of the many times in my life when I have been judged not by my character, but by my skin color.”

Cynthia Adams, a top lawyer at Jefferies Financial Group Inc., expressed her dismay in a letter to colleagues. Coworkers told her it helped open the door for conversations in the workplace about race and politics. “I continue to feel the pain,” she said in a phone interview Monday. “My main reaction is ongoing grief.”

At many of the biggest U.S. banks, the percentage of black workers and executives has been slipping or stagnant. African-Americans accounted for 13% of JPMorgan’s U.S. employees last year, down from almost 19% before the 2008 financial crisis. At Goldman Sachs Group Inc., African-Americans accounted for 2.7% of the top ranks last year, little changed from 2013, while black representation among the bank’s total U.S. workforce grew to 6.6% from 4.8%.

Floyd’s killing came the same day as another racial incident that ended up shaking Wall Street. Amy Cooper, a white female employee at Franklin Templeton, was captured on video calling the police and saying, “There is an African-American man, I am in Central Park, he is recording me, and threatening myself and my dog.” A black man, Christian Cooper, had asked her to put a leash on her cocker spaniel in an area where dogs aren’t allowed to run free.

The event struck a chord, underscoring how black Americans are often targeted with accusations of wrongdoing and calls to police for simply going about their daily business. Within 24 hours, Franklin Templeton fired Amy Cooper.

The pain of this year’s killings and other racial incidents is also being felt by those from other minority groups in the top ranks of Wall Street, who note that people from different backgrounds have confronted discrimination in different ways.

“Recent events have been absolutely disheartening and gut wrenching,” Ashok Varadhan, the only non-white leader of a major business line at Goldman Sachs, said in an interview. Even before this weekend’s protests, the coronavirus pandemic “wreaked havoc on NYC’s most economically vulnerable — namely black and Hispanic communities,” he said. “But I’m of Indian descent, not black. So I don’t know what it is to ever be looked at by the police with suspicious eyes.”

“Whatever we are all doing is not enough,” he said of the country. “We are failing miserably.”

This weekend’s protests, which in some areas included looting, arson and other property damage, affected lenders in myriad ways. People were seen on social media breaking into and vandalizing JPMorgan, Wells Fargo & Co. and Capital One Financial Corp. branches in cities across the country.

Still, some in the finance industry said, the focus should remain on holding police accountable for the recent killings.

“They were all black Americans victimized because of their race,” Ken Chenault, chairman of General Catalyst, and other executives from the venture capital firm said in a blog post. “Accountability for their deaths only began after outraged Americans spoke out and took action.”

“We are deeply disturbed by the awful acts of racial injustice our country has recently experienced,” Blackstone Group Inc. CEO Steve Schwarzman, one of President Donald Trump’s closest allies on Wall Street, and Jon Gray, the firm’s president, told employees in a memo Monday. They said they share the vision of John Lewis — the civil rights leader and Democratic congressman who Trump feuded with early in his presidency — about needing a “sense of brotherhood” to face our challenges as a nation.

Some of the comments from bank executives were met with contempt online, where activists questioned whether the lenders would alter practices to help minorities. And while some workers and customers flooded social media with thanks for the comments made by top bank executives, they also underscored how much more needs to be done.

“I, too, was deeply affected by that video. It made me fear for my black son, my black brothers and the black fathers,” Racquel Porteous, a Citigroup employee, commented in response to Mason’s blog. “Often you ask the question, will we ever be free?”