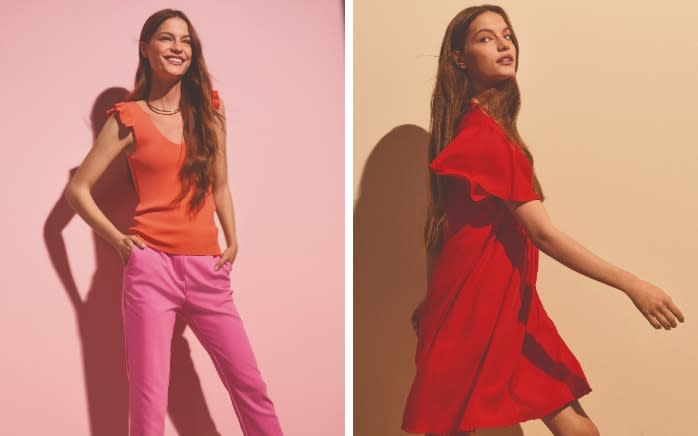 Simon Wolfson has a tendency to play down some of the crucial decisions he has made over the years that have meant Next has defied the decline of the British high street.

The retailer’s foray into online shopping was a fluke, the chief executive has said, after he spent a mere £7,000 to set it up in 1999. Last year, half of Next’s sales worth £2bn came through the website.

Wolfson was among the first to launch fast home delivery. More recently, he saw an opportunity to make money from selling hundreds of other fashion brands, such as Barbour and Tommy Hilfiger, on its website.

The 52-year-old, who has already been at the helm for nearly two decades, is highly regarded in retail circles for nimbly adapting Next’s business model as the market shifts around him.

Now Wolfson is eyeing a new income stream. Over the past year, he has quietly built a platform that will effectively allow Next to run other brands’ websites and all the back-end operations for a fee.

Wolfson explains: “The website will have their URL, it will look and feel like their website, they will design it, they will have creative control over it, but it will link into all the other elements of our platform in exactly the same way as our own website does.

“What that means is, not only will we run their website, but we will also do all their warehousing, distribution, returns, call centre work, customer credit, international sites, we will do absolutely everything that is involved with selling to customers.”

Next has tested its Total Platform by creating a separate website for upmarket children’s clothes, called Little Label, and it has already signed an unnamed retailer, turning over around £30m.

Brands will pay the company a fixed percentage of the sales for all the services it provides.

Those who know Wolfson say he will not put time and money into a project that he has not tested aggressively. He will invest in what he has a good degree of confidence will work.

“And that’s where the guy’s very smart. He doesn’t get caught up in emotional connections to something because he’s excited by it.

“His plans are driven by data and instinct, the two together, very much in tandem,” says an industry peer.

Some analysts have said the move will make Next more like Shopify, the fast-growing ecommerce powerhouse. Clients such as Kylie Jenner’s cosmetics business use its infrastructure to sell and ship their wares.

But the Canada-based business is only just branching into warehousing and logistics, while Next inherited both in its early days when it was a mail order business.

Next’s track record, and indeed Wolfson’s retail pedigree, could see smaller firms trickling in to do business. The brands who were struggling before the outbreak could knock on its door, too, as they would spend less on the day-to-day operations of the business.

A limitation for Next is the fact that its heartland is in the UK and it would struggle to get the word out about its new service. If it works, it will have to find additional warehouse space and hire more pickers and drivers to fulfil its own orders as well as rivals’. Wolfson says: “In five years’ time you may look back and say ‘I remember that Total Platform’ business and it may have come to nothing other than provide one client with a great business.

“On the other hand, it could be one of those ideas that in five years’ time people will look back and go, ‘oh my gosh, that was an important moment’.

“Everyone was worrying about coronavirus and no one noticed the launch of this service, but this is a ground-breaking operation in the UK that could be important to the group.”

And it is not just the Total Platform Wolfson is banking on. Last week, it said it would open beauty halls in shuttered Debenhams sites, a year after it bought an online beauty website from Ocado.

It is also beefing up its licensing arm after it started working with Ted Baker last month on children’s clothes. Rachel Osborne, who was recently appointed to run the scandal-hit retailer, says it chose Next because it has a strong relationship with suppliers and great online distribution credentials.

“It makes a lot of sense for us to work together.”

When Wolfson was appointed chief executive in 2001, its then chairman, Sir Brian Pitman, said that he was “very, very good at anticipating industry trends”.

So far, he has been proved correct.

A New Model for Business in a Post-COVID World