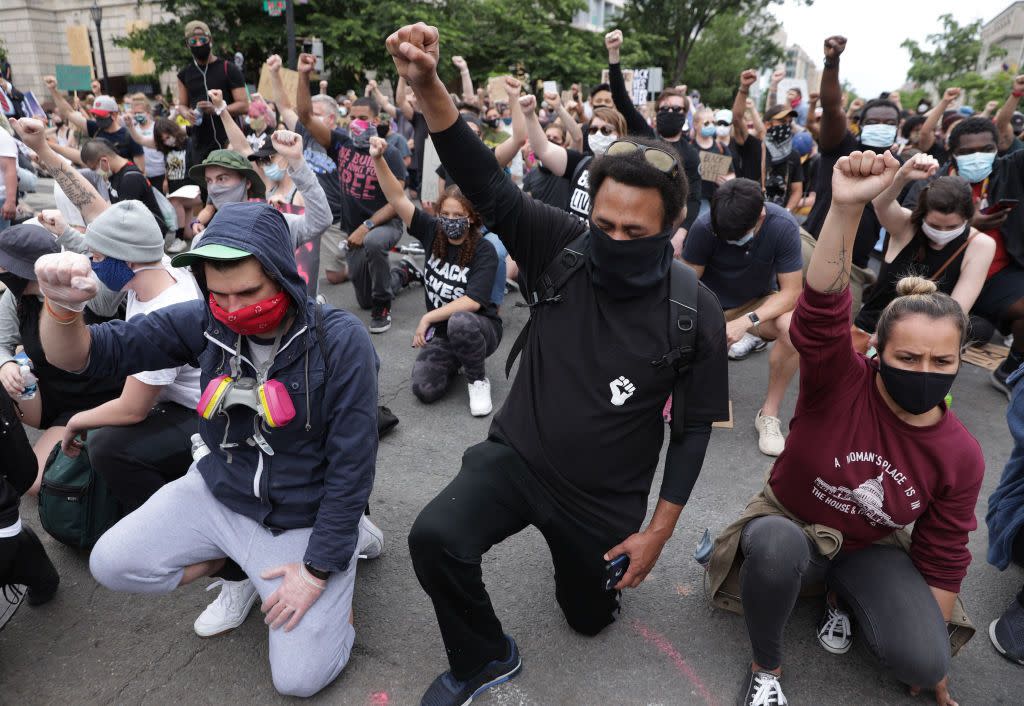 (Bloomberg Opinion) — Exactly one century ago, Mohandas Karamchand Gandhi made a decision. He had decided that the British would not loosen control of India unless Indians themselves took direct and decisive action. The manner of that action is what set Gandhi, and the movement he subsequently led, apart. He chose to stop cooperating with an unjust state, to disobey unjust laws and throughout to pursue only non-violent means of protest.

Plenty of Indians who agreed with his goals disagreed with his ideas and his tactics. Some of them resorted to violence. The debate that has today broken out in the United States over whether violence is ever acceptable in the fight for change is hardly a new one.

Many justifiably angry Americans point out that multiple forms of non-violent protest — from earlier marches to Colin Kaepernick’s kneeling — have been tried. Dr. Martin Luther King Jr. talked about non-violence, but wasn’t he murdered? For that matter, wasn’t Gandhi? With truth and video evidence on their side, they ask: “When we are non-violent, they hit us anyway, so what’s the point?”

That is, in fact, exactly the point. Gandhian protest was not about stopping your oppressors from hitting you: It was about provoking them into doing so publicly and repellently. Non-violent protest could not be chosen by the weak; it was, in Dr. King’s own estimation, the only effective alternative to “cringing and submission.”

When Americans debate non-violent protest in moral terms, they miss the point. It is not a purely moral question; it is about both morality and tactics. Gandhi and King were politicians who recognized that they needed to create demonstrations of will and also of moral superiority if they wanted to change minds. Choosing violence instead, they argued, would only justify — in the oppressors’ minds — further repression.

Of course, they understood the anger and desperation that leads to violence: As innumerable Instagram accounts reminded us over the past week, Dr. King famously said that “a riot is the language of the unheard.” Yet that same speech included also a defense of “militant, powerful, massive non-violence” as the most effective agent of change. Violence “merely intensifies the fears of the white community while relieving the guilt.”

This is precisely the process that is playing out in the U.S. right now, which is why real civil rights icons are speaking out. Rep. John Lewis posted on his web site: “Rioting, looting, and burning is not the way. Organize. Demonstrate. Sit-in. Stand-up. Vote.”

Morally and tactically, non-violence forces the perpetrators of violence — particularly “legitimate,” state-backed violence — onto the defensive. Drama is key: It is through an obvious, dramatized contrast that the violence of the oppressor is delegitimized.

True, this only works if there is an audience for such drama — if there are still minds that can be changed. But here, the U.S. is fortunate. We have enough evidence to suggest there is still an audience to be won over through non-violent protest. We know because the opinion polls show it. Monmouth University’s polling institute discovered this week that “49% of white Americans say that police are more likely to use excessive force against a black culprit, which is nearly double the number (25%) who said the same in 2016. Another 39% of whites say police are just as likely to use excessive force regardless of race, which is down significantly from 62% four years ago.”

When you see police officers kneeling beside protesters, police chiefs apologizing and even telling the president to keep his mouth shut, you may choose to describe it as tokenism or hypocrisy. But we in India know better: We know that it means there is still a chance to win the argument.

Americans shouldn’t lose that opportunity because, when that audience disappears, things get rapidly worse. The country that pioneered non-violent protest was stunned by massive crowds earlier this year protesting the government’s treatment of Muslims. But eventually riots broke out, allegedly instigated by ruling-party politicians — while U.S. President Donald Trump was visiting, no less — and the government used the violence to swiftly delegitimize all that had gone before. Police brutality against protesters was common. Nobody has been held responsible.

The difference from the U.S. was brought home to us this week: Twitter was awash with Indians laughing ruefully at the thought that an Indian policeman could be dismissed or tried, or might even apologize for brutality against a protester.

With popular support, India’s government has instead unleashed the law against young students, arresting one activist three times in 10 days for having “provoked” the riots in February. Many Indians have willingly forgotten the non-violent crowds and chosen to focus on the fact that, over the course of months, protesters burned a bus or two.

The angriest Americans may not accept it, but this is not where the U.S. is. There, minds are being changed and still can be changed. I fear Gandhi is now powerless in the land of his birth. Don’t render Dr. King forgotten in his.

This column does not necessarily reflect the opinion of the editorial board or Bloomberg LP and its owners.

Mihir Sharma is a Bloomberg Opinion columnist. He was a columnist for the Indian Express and the Business Standard, and he is the author of “Restart: The Last Chance for the Indian Economy.”