Kriss Morton, 53, was enjoying her new job at a catering company. Moving from a remote cabin in Alaska to the small city of Evansville, Indiana, after a divorce had been an adjustment, but she liked the work, and it was just a few blocks away.

Then one day in March, her boss, alarmed by Morton’s peaky appearance, sent her home. Indiana had not yet started its lockdown, and Morton’s early symptoms could have been anything. The weather had been weird that spring – freezing one day, warm the next – and she assumed her cold-like symptoms were just that.

But the disease progressed. Soon she was dealing with gastrointestinal issues, fever, coughing. She couldn’t breathe. Her voice changed. “You can tell, right?” she asked me when we spoke on the phone. “I’ve got my Covid voice.” She sounds like a lifetime, two-pack-a-day smoker, and she paused a couple times a minute throughout our conversation to catch her breath or move the phone from her face to cough. She’s a “long-hauler,” she told me. That’s what they call themselves on a Facebook group she joined for people struggling with what they believe are unresolved, long-term Covid-19 symptoms.

Her symptoms alleviated after about three and a half weeks, but they never fully went away. And soon there were new issues to deal with. Mysterious, painful bruises. Burst capillaries. Aching joints. Headaches. Exhaustion. Those symptoms have been with her since May, and there is no sign they will abate soon.

Because Morton does not have health insurance, and therefore no primary care physician, she never received a positive Covid-19 diagnosis because she could not get tested. When she fell ill in March, tests were scarce. Her one interaction with the hospital was after her so-called recovery, when her joint pain and hypertension became so acute she couldn’t even walk three blocks to the emergency room. She says she was treated by the nurses as a “drug seeker” exaggerating her symptoms.

Much has been written about how the failures of our institutions, like the dismantling of the public health system, have contributed to the unprecedented spread of the virus in our country. Less discussed is how these institutions will need to be not just rebuilt but reconfigured for the post-pandemic world. Taking care of the long-haulers, the socially isolated, those recovering from surgical intervention, and exhausted caretakers is going to require a radical re-imagining of healthcare in America.

We have some of the best hospitals in the world, but only the privileged few can afford access. The number of jobs that come with full health benefits has been shrinking. A growing number of Americans can’t afford dental care, don’t have a primary care physician, have delayed treatment because of cost, and can’t access mental health services. Millions carry medical debt, and others are dying because they can’t access health services. Five million people lost health insurance this spring alone.

We have some of the best hospitals in the world, but only the privileged few can afford access

The issue is deeper than just health insurance and affordability, though. The symptoms that many self-identified Covid-19 long-haulers are reporting are the kinds of chronic conditions that American medicine is least adept at managing. The two most debilitating symptoms that long-hauler Facebook groups report are headaches and fatigue, or “brain fog”. Morton refers to her headaches as “zombie-aches,” as something “gnawing away at my brain”. She’s had migraines in the past, but this feels different and more intense.

In 2005, Paula Kamen published All In My Head: An Epic Quest to Cure an Unrelenting, Totally Unreasonable, and Only Slightly Enlightening Headache, her account of a headache that began when she was 24 and has yet to end. In her accounting, for years doctors dismissed and misdiagnosed her, prescribed highly addictive medication with no plan for managing her reliance on these pills, accused her of exaggerating pain, and switched treatment plans seemingly at random. Her headache remains.

Kamen is not alone. In a profit-driven healthcare system, doctors are encouraged to find ways to speed up interactions, prescribe certain medications over others, and ignore social issues such as financial worries, debt, isolation and alienation, all which have been shown to have direct impact on health. Many who enter the American health system seeking care are turned away, mocked, misdiagnosed, or presented with treatment plans that they can’t afford. Women are less likely to be believed by their doctors to be accurately describing their symptoms or pain levels than men. Black patients are less likely to be believed than white patients. Patients without health insurance or means for payment are often unable to receive care outside of emergency room visits, meaning their illnesses and disorders only receive attention when they are in crisis.

Pain is political. And pain has always been disproportionately distributed to those with the fewest advantages. As Anne Case and Angus Deaton outlined in Deaths of Despair and the Future of Capitalism (2020), there is a correlation between regions with high percentages of chronic pain sufferers and high percentages of Trump voters. Chronic pain – and the related opioid crisis – clusters where unemployment is high, where manual labor is the primary form of work, and flourishes alongside suicide and addiction. Regions hit hardest by the coronavirus, specifically the southeast and the Rust Belt, were already suffering disproportionately poor health outcomes, with shorter life expectancy and lower quality of life.

It’s not just those with lingering symptoms. David Thomas, chief of the infectious diseases division at Johns Hopkins, told me: “We do know that there is far more to Covid-19 than whether one lives or dies, and that focusing on only mortality rates misses a substantial portion of the misery caused by Sars-CoV-2.” Many patients with severe Covid required medical interventions, such as tracheotomies or amputations, that require expensive and long-term pain management, rehabilitation, and aftercare.

How many? No one seems to be counting these patients so far. Listed as “recovered” on official data reports, the suffering of Covid-19 patients is rendered invisible by hospitals and governments. Long-haulers have started to congregate online to offer each other companionship and information for self-treatment of their symptoms. The group Survivor Corps already has over 80,000 members.

Related: Seniors and staff caught in the middle of nursing homes’ quest for profit

Morton’s mobility is limited not only by her exhaustion, but also because of other symptoms like her digestion problems. She has to plan walks along routes that include places to rest or use a bathroom. Her town’s public transportation system is inadequate, like many cities in America, and her lack of car further hinders her ability to seek out medical attention. Disability activists and feminists have long protested the inaccessibility in public spaces, from the lack of elevators to accommodate wheelchairs and baby strollers in subways to the lack of public bathrooms. Lack of access, or even just the fear of needing a place to rest or quick access to a toilet or sink and not being able to find it, keeps the chronically ill, single mothers, and others who cannot afford to buy a coffee every time they need a bathroom access code from participating in civic life.

Morton is a survivor, and tough. She’s overcome trauma and financial hardship. When she lived in a cabin in Alaska, she had to carry a firearm to the outhouse in case of bear encounters. But this illness, she says, is the hardest thing she’s had to overcome.

“This truly is the zombie apocalypse,” she tells me. “And we” – the long haulers – “are the living dead.”

Fri Aug 14 , 2020
As businesses in New York City work to fully recover from the coronavirus outbreak, schools and colleges are returning to class in the city with a variety of measures to maintain the health and safety of students. For LIM College, this means maintaining its fall calendar while creating a safe […] 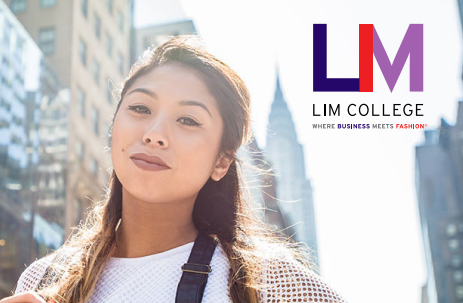