The Nasdaq rose by 1 percent on Monday to close at a record high thanks to a surge by technology stocks that have made huge gains as Americans increased their dependence on the internet during the coronavirus crisis. Nvidia jumped by 6.7 percent after two analysts raised their price targets for the chip maker. The surge gave a big boost to both the Nasdaq and the S&P 500, which continued to move closer to record levels it hit in February. The Nasdaq was the first of the three main U.S. indexes to recover the losses it suffered due to the coronavirus, as Amazon, Netflix, and other companies benefited from a boom in streaming entertainment, as well as remote work and learning under lockdowns. “Tech is the only trade,” said Jake Dollarhide, chief executive officer of Longbow Asset Management in Tulsa, Oklahoma. [CNBC, Reuters]

The Trump administration on Monday finalized its plan to let energy companies drill for oil and gas in Alaska’s Arctic National Wildlife Refuge. The government is paving the way to issue decades-long leases in the pristine wilderness area before the end of Trump’s term. The energy industry and Alaska Gov. Michael Dunleavy (R) said allowing drilling in the refuge will create jobs and benefit the economy of a state dependent on the industry. Environmental organizations slammed the plan as a gift to oil companies that would devastate the refuge’s unique ecosystem, and harm native people. Interior Secretary David Bernhardt said the government could start selling oil and gas leases by the end of the year, and production in ANWR could start in eight years, boosting U.S. energy independence. [Reuters, CNN]

Software powerhouse Oracle has entered talks to acquire Chinese short-video app TikTok’s operations in the United States, Canadian, Australian, and New Zealand, Financial Times reported Monday, citing people briefed on the matter. Microsoft said earlier in August that it was exploring a TikTok purchase. President Donald Trump has vowed to ban TikTok in the U.S. by November unless its Chinese owner, ByteDance, divests. “There is credible evidence that leads me to believe that ByteDance … might take action that threatens to impair the national security of the United States,” Trump said in an executive order he issued last week. Oracle co-founder and executive chairman Larry Ellison has expressed support for Trump, and threw a campaign fundraiser for the president earlier this year. [Financial Times]

Boeing plans to offer a second round of buyouts to help it cut more staff as the coronavirus crisis devastates the travel industry, reducing the demand for aircraft. “While we have seen signs of recovery from the pandemic, our industry and our customers continue to face significant challenges,” Boeing said Monday in a statement. The company, which was already struggling after the grounding of its 737 Max jets due to two deadly crashes, in May announced nearly 7,000 layoffs, and the second buyout offer this year will push workforce reductions beyond the 10 percent target the aircraft maker announced in May. Boeing currently has about 19,000 job cuts underway, although it is hiring 3,000 employees for its defense and space division. [Bloomberg, MarketWatch]

U.S. stock index futures were flat early Tuesday after the S&P 500 gained 0.3 percent on Monday, but still failed to surpass a record high set Feb. 19 before the coronavirus crisis hit. The S&P 500 reached 3,382, just below the February peak of 3,386, after posting its best 100 days in history, rising by more than 50 percent from a March low to recover from the plunge that came with the U.S. coronavirus outbreak. Analysts said the gains have been fueled by optimistic assumptions about the economic recovery and a new round of COVID-19 relief, but neither has fully materialized yet. As long as that’s the case, Wall Street will need “a catalyst to help markets overcome technical resistance,” Nationwide investment research chief Mark Hackett said in a note. [CNBC]

Tue Aug 18 , 2020
Investors always try to hit the jackpot while picking stocks. But striking the right chord each time is not easy unless you are blessed with Midas touch. When it comes to the investment market, experts consider value style as one of the most effective approaches. In value investing, investors pick […] 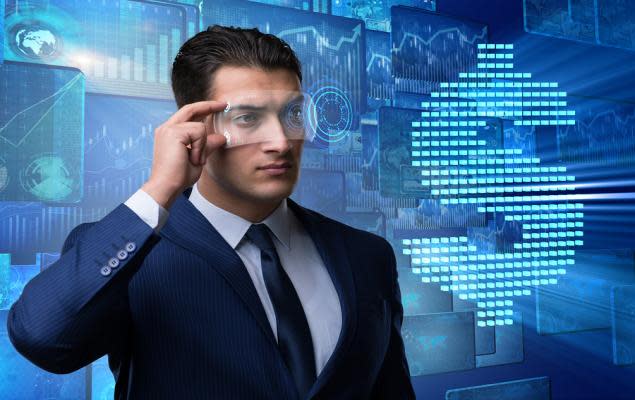