The Centers for Disease Control and Prevention on Thursday released guidance documents on reopening schools, restaurants, and businesses after withholding the material until it completed revisions demanded by the White House, which called an earlier draft “too prescriptive.” The new guidelines include checklists for businesses to follow as they reopen, to make sure they do so safely. The documents also cover safety precautions and guidelines for schools, camps, childcare programs, mass transit systems, and restaurants. The CDC’s new guidance came out as dozens of governors are easing restrictions on businesses and large gatherings to varying degrees. Some states, including Michigan and New Jersey, are maintaining stay-at-home orders, while others, such as Georgia, are letting some nonessential businesses reopen. [Politico]

The Labor Department reported Thursday that 2.98 million Americans filed initial jobless claims last week, bringing the eight-week total to about 36.5 million. The latest weekly figure exceeded the 2.7 million applications for unemployment benefits that economists were expecting. The peak for weekly jobless claims during the Great Recession was 665,000. The April jobs report released last week showed the unemployment rate soared to 14.7 percent, the worst since the Great Depression, with 20.5 million jobs lost. Federal Reserve Chair Jerome Powell also revealed Wednesday that among Americans who were working in February, almost 40 percent in households making less than $40,000 a year lost a job in March. [The Washington Post, CNBC]

U.S. stock index futures edged down early Friday, giving back earlier gains following Thursday’s strong rally. Futures for the Dow Jones Industrial Average, the S&P 500, and the Nasdaq fell by nearly 1 percent two hours ahead of the opening bell. The Dow closed up by 1.6 percent on Thursday, while the S&P 500 and the Nasdaq gained 1.2 percent and 0.9 percent, respectively. Despite the gains, the three main U.S. indexes remained down by roughly 2 percent on the week as many states began gradually easing restrictions intended to curb the spread of the coronavirus, while public health officials warned that reopening businesses too soon could spark a new surge of infections. [CNBC]

Carnival Corp. announced Thursday that it would lay off or furlough more than 1,300 of the roughly 3,000 workers at its Florida offices. About 820 of the job losses were permanent, while the rest of the workers could return once cruises resume following a shutdown due to the coronavirus pandemic. Carnival employed about 120,000 workers worldwide before the pandemic. “While these moves will contribute hundreds of millions of dollars in cash conservation on an annualized basis, we are saddened by these decisions and are sorry that we must take these actions,” the company said in a statement. “Our employees are the foundation of our company.” Norwegian Cruise Line and Royal Caribbean Cruises have furloughed 20 percent and 26 percent of their workers, respectively. [The Miami Herald]

Economists expect the Commerce Department to report Friday that retail sales took a second straight record dive in April as the coronavirus pandemic continued to shut down stores across America. Economists surveyed by Reuters forecast a 12 percent drop in retail sales in April, following an 8.7 percent decline in March. The figures, along with another week of multi-million job losses, kept the economy on track for its biggest quarterly contraction since the Great Recession. “We pretty much know April was a disaster. The question is as the lockdowns ease in May and June, what segments of retail sales are going to be coming back and what are not coming back at all,” said Sung Won Sohn, a business economics professor at Loyola Marymount University in Los Angeles. [Reuters]

Fri Jun 26 , 2020
(Bloomberg) — When coronavirus outbreaks forced shutdowns at America’s giant meat plants, it quickly created a bottleneck: Farmers had nowhere to sell their animals, while consumers faced shortages and surging prices. New, smaller slaughterhouses could be the antidote to industry concentration, but it’s no quick fix. Opening a slaughterhouse has […] 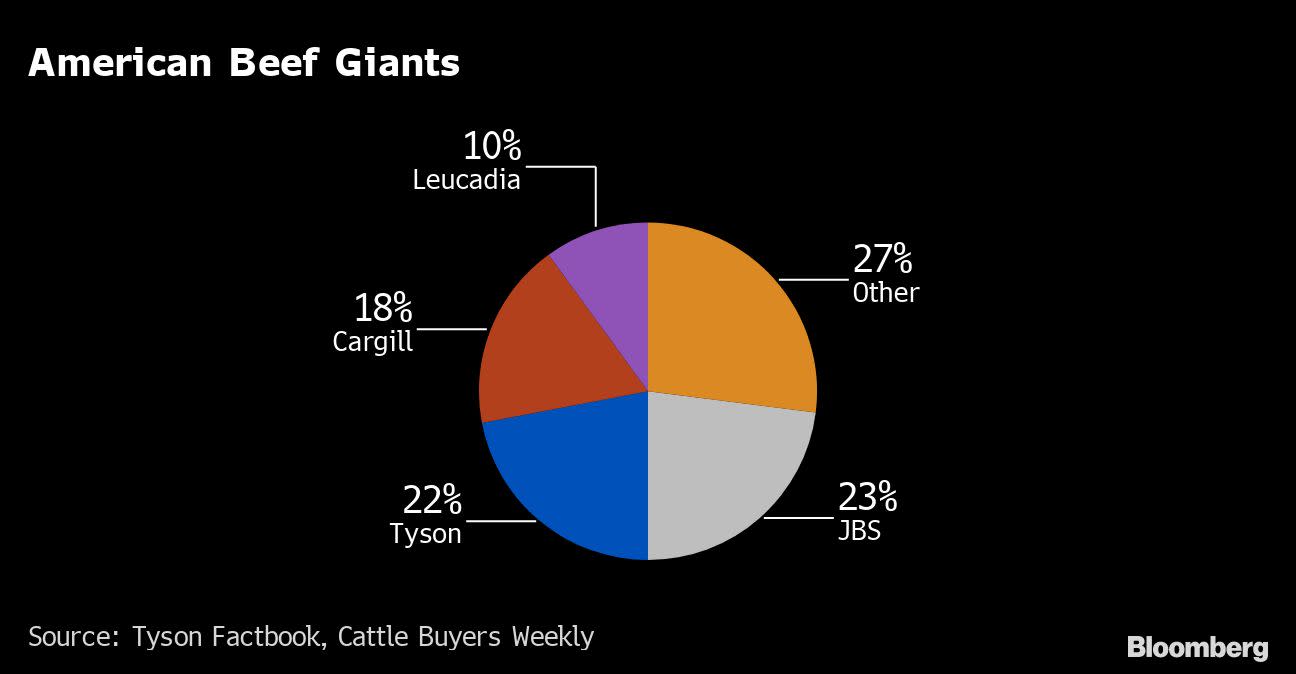 25 Business Concepts You Can Start From Your Own House

Make All Your Insurance Easy

Types Of Organizational Structure In Enterprise