Novavax announced Thursday that it would start final-stage testing of its coronavirus vaccine candidate in the United Kingdom, with another big trial launching in the United States in October. The U.K. phase-three trial will enroll up to 10,000 people, half getting two doses of the vaccine 21 days apart, and the others receiving a placebo. Novavax is several months behind leading contenders in the race to approve a coronavirus vaccine, but its candidate proved particularly promising in early trials. It is the fifth late-stage trial by a company supported by the U.S. government’s Operation Warp Speed vaccine push, and the 11th worldwide. Novavax has never brought a vaccine to market but sealed a $1.6 billion deal with the federal government in July to develop its vaccine. [The New York Times]

The Labor Department said Thursday that 870,000 Americans filed new jobless claims last week, an increase of about 4,000 claims over the previous week. The number was slightly higher than the 850,000 new claims that economists were expecting, suggesting a loss of momentum for the labor market recovery. This was another week that the new jobless claims remained below one million, but months into the coronavirus crisis, they’re still at a level that far surpasses the worst week of the Great Recession. Prior to the COVID-19 pandemic, the record for most claims filed in a single week was 695,000 in 1982. Schmidt Futures labor economist Martha Gimbel told NBC News: “It is astonishing that we are getting used to a number every week higher than we have ever seen before.” [CNBC]

Treasury Secretary Steven Mnuchin and House Speaker Nancy Pelosi (D-Calif.) said Thursday that the White House and Democrats would resume negotiations on a new round of coronavirus relief — “hopefully soon,” Pelosi said. Pelosi, in a shift of course, has started work on a new relief bill that would be narrower than the $3.4 trillion Heroes Act that the House passed in May but Republicans in the Senate have rejected. Pelosi said Thursday in a meeting with House Democratic leaders that the new bill would cost around $2.4 trillion. Senate Republicans have pushed a $650 billion to $1 trillion relief package. Pelosi’s shift came after protests from moderates, some of them in swing districts, who had threatened to join Republicans in a procedural effort to force a vote on renewal of aid for small businesses. [The New York Times, The Associated Press]

U.S. stock index futures fell early Friday after holding steady overnight, as Wall Street struggled to avoid a fourth straight week of losses. Futures for the Dow Jones Industrial Average and the S&P 500 dropped by 0.8 percent, and the tech-heavy Nasdaq was down by 0.5 percent several hours before the opening bell. All three of the main U.S. indexes managed to hold onto narrow gains at the close of a bumpy session on Thursday. The Dow gained 0.2 percent on Thursday; the S&P 500 and the Nasdaq rose by 0.3 percent and 0.4 percent, respectively. Fighting among lawmakers over the replacement of the late Justice Ruth Bader Ginsburg has dampened hope for a new coronavirus relief package, pressuring stocks. [CNBC]

Costco Wholesale Corp. shares fell by more than 2 percent in after-hours trading on Thursday even though the company reported that it made $4 billion in profit for the first time in a fiscal year, boosted by shoppers who stocked up during the coronavirus pandemic. Costco reported that net revenue rose by 12.5 percent in its fiscal fourth quarter, the biggest jump in nearly three years. Same-store sales increased by 11.4 percent, the largest year-to-year gain for Costco in FactSet dating to 2000. Costco has seen steadily stronger growth in recent months as it enforced a mask policy and customers became more comfortable with in-store shopping but continued to buy in bulk to limit trips to buy groceries and other essentials. [MarketWatch]

Fri Sep 25 , 2020
Designer Gabriela Hearst is all-in with the Joe Biden-Kamala Harris ticket — so much so that she led a Zoom call Friday afternoon with two Latina small business owners from the battleground state of Nevada. The Biden campaign hosted Nuestros Negocios, Nuestro Futuro, a conversation that addressed some of the […] 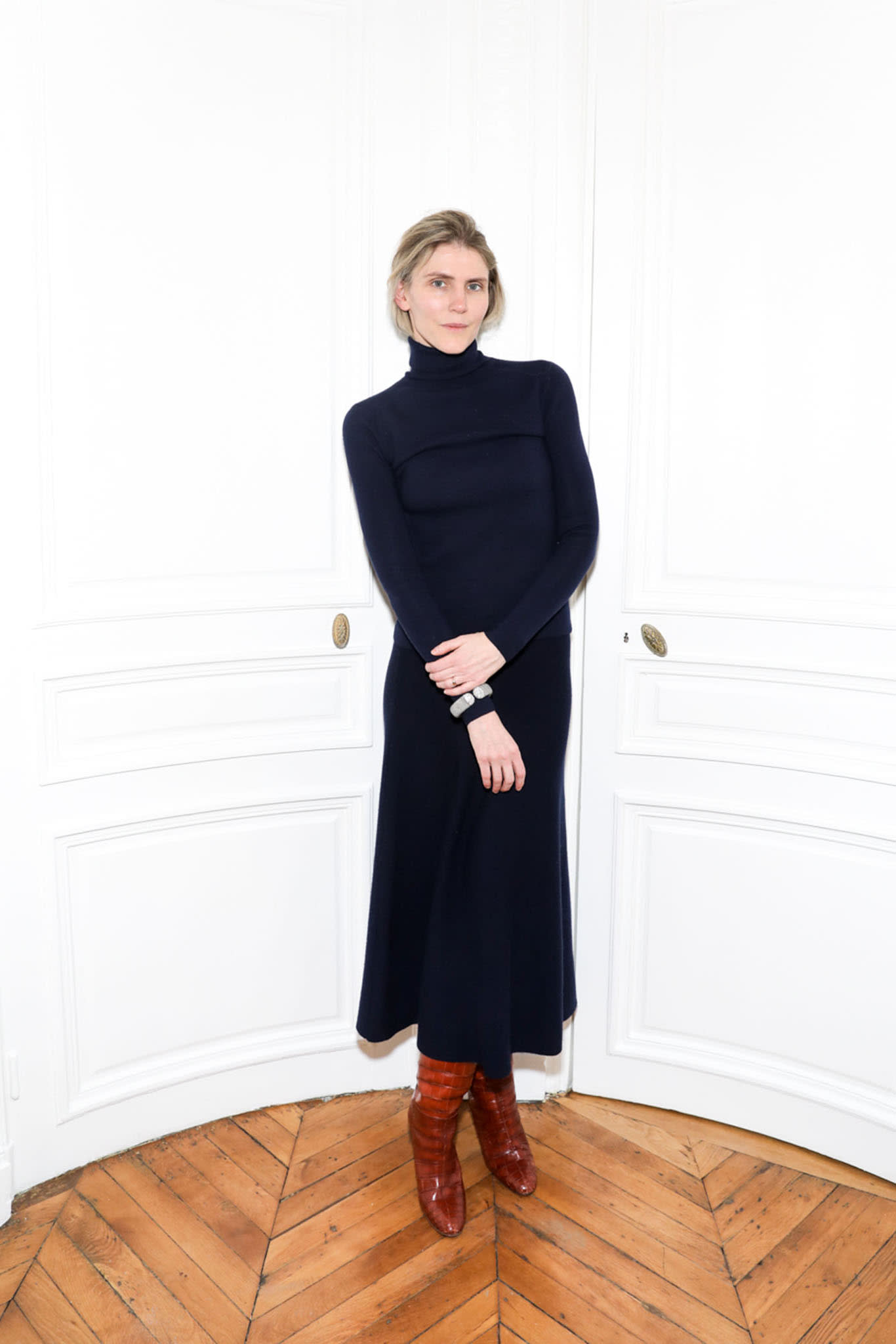