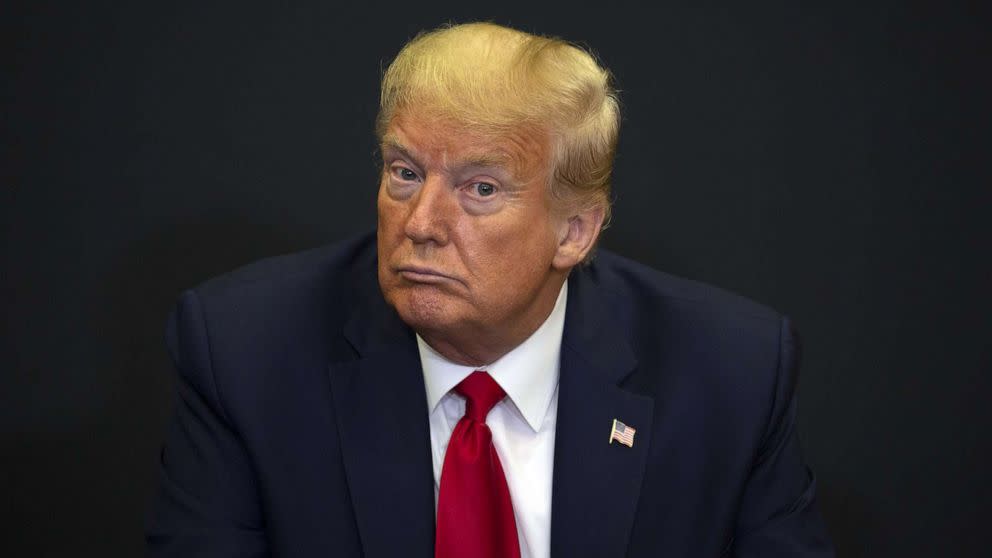 President Donald Trump on Thursday signed an executive order targeting Twitter and other social media giants, saying he is taking action to “defend free speech from one of the gravest dangers it has faced in American history,” after Twitter called two of his tweets “potentially misleading.”

Calling it a “big deal,” Trump said the order allows for new regulations so that social media companies “that engage in censoring or any political conduct will not be able to keep their liability shield,” but experts say he probably can’t do much without congressional approval and any move will be met with legal challenges.

As expected, the order calls for new regulations under Section 320 of the Communications Decency Act, which provides broad immunity from lawsuits to websites based on the content its users post, and thus curbs some of those liability protections for companies like Twitter, Facebook and Google.

“They have had unchecked power to censor, restrict, edit, shape, hide, alter any form of communication between private citizens or large public audiences,” Trump claimed. “We are fed up with it.”

He said what social media giants choose to fact check or ignore are “editorial decisions” and represent “political activism.”

“In those moments, Twitter ceases to be a neutral public platform and they become an editor with a viewpoint, and I think we can say that about others also,” Trump said, referring to fact-check labels added to two of Trump’s tweets on mail-in ballots, as some states make measures for voting amid the pandemic. “And it’s inappropriate.”

He also said he would ensure “taxpayer dollars are not going in any social media company that repress free speech,” presumably referring to military and other agencies advertising on those sites.

The president said he expects his order will be challenged with a lawsuit.

Asked if he has considered deleting his own Twitter account, he said he would “in a heartbeat” if news wasn’t fake and then touted his 186 million followers across all social media platforms.

Attorney General Bill Barr, appearing in the Oval Office with Trump, said the order would not repeal Section 320, but would restore “the right balance.”

But some experts say it is likely up to Congress, not Trump and the executive branch, to reinterpret the part of the law in question and that it may also raise significant First Amendment questions and face legal challenges.

President Trump tweeted Thursday morning it will be “a big day for social media and fairness.”

This will be a Big Day for Social Media and FAIRNESS!

The social media executive order makes it easier for companies like Twitter, Facebook and Google to be held liable for the content posted on their platforms, according to a draft obtained by ABC News.

The particular order — titled “Preventing Online Censorship” — has been in this works since 2019 and has seen multiple revisions along the way. The president’s recent threats prompted the draft to be revived internally.

The order asks that the scope of Section 230 in a law known as the Communications Decency Act, which provides broad immunity to websites that curate and moderate their own platforms, be clarified by curbing some liability protections.

Republicans have also introduced legislation on Capitol Hill to strip these protections. Barr has raised concerns over Section 230 as well, saying it has the potential to enable online child exploitation.

However, experts warn it could have a major impact on free speech on social media and predict this could land in the courts.

Tune into ABC at 1 p.m. ET and ABC News Live at 4 p.m. ET every weekday for special coverage of the novel coronavirus with the full ABC News team, including the latest news, context and analysis.

The draft also stated that “the emergence and growth of online platforms in recent years raises important questions about applying the ideals of the First Amendment to modern communications technology” and that online platforms are “engaging in selective censorship that is hurting our national discourse.”

“As President, I have made clear my commitment to free and open debate on the Internet. Such debate is just as important online as it is in our universities, our businesses, our newspapers, and our homes. It is essential to sustaining our democracy. In a country that has long cherished the freedom of expression, we cannot allow a limited number of online platforms to hand-pick the speech that Americans may access and convey online. This practice is fundamentally un-American and anti-democratic. When large, powerful social media companies censor opinions with which they disagree, they exercise a dangerous power.”

The draft order proposed that an online tool for tech bias reporting created by the White House Office of Digital Strategy be reestablished to “collect complaints of online censorship and other potentially unfair or deceptive acts or practices by online platforms and shall submit complaints received to the Department of Justice and the Federal Trade Commission (FTC). It directs the FTC to develop a report based off the complaints and make that report public, “consistent with applicable law.”

Section 4 of the draft order also says the Attorney General “shall establish a working group regarding the potential enforcement of State statutes that prohibit online platforms from engaging in unfair and deceptive acts and practices.

The White House office of digital strategy is directed to submit complaints received to this working group. The order also directs the working group to collect publicly available information on monitoring or creating watch-lists of users based on their interactions with content or users (e.g. likes, follows, time spent); and monitoring users based on their activity off the platform.

The president first threatened the action on Wednesday after Twitter added a fact-checking feature to two of his tweets on mail-in balloting late Tuesday, calling the content “potentially misleading.”

Twitter has now shown that everything we have been saying about them (and their other compatriots) is correct. Big action to follow!

Pelosi, at a news conference earlier Thursday, said, “We like Twitter to put up their fact-check of the president but it seems to be selective, very selective,” suggesting more of his tweets should come with a disclaimer.

She then said most social media companies, singling out Facebook, are in the business of making money “at the expense of the truths and the facts.”

Facebook CEO Mark Zuckerberg called out Twitter for the action in an interview with Fox News airing Thursday, saying that privately-owned digital platforms should not act as the “arbiter of truth.”

“Private companies probably shouldn’t be, especially these platform companies, shouldn’t be in the position of doing that,” he said.

Twitter CEO Jack Dorsey sent out a series of tweets Wednesday night providing more details on how the platform will employ fact-check links and included a veiled response to Zuckerberg, saying, “This does not make us an ‘arbiter of truth.'”

Dorsey said that the platform will “continue to point out incorrect or disputed information about elections globally,” suggesting Twitter is prioritizing fact checks on tweets related to elections.

Per our Civic Integrity policy (https://t.co/uQ0AoPtoCm), the tweets yesterday may mislead people into thinking they don’t need to register to get a ballot (only registered voters receive ballots). We’re updating the link on @realDonaldTrump‘s tweet to make this more clear.

Twitter’s Civic Integrity Policy, which is dated May 2020, states that the platform may not be used “for the purpose of manipulating or interfering in elections or other civic processes. This includes posting or sharing content that may suppress participation or mislead people about when, where, or how to participate in a civic process.”

Policy violations include tweeting misleading information about how to participate in elections, tweets intended to suppress voting or intimidate voters, and creating fake accounts claiming to be tied to a candidate or political party.

The chairman of the Federal Communications Commission, Republican Ajit Pai, issued a measured statement in response to the president’s order.

“This debate is an important one,” Pai said in a written statement. “The Federal Communications Commission will carefully review any petition for rulemaking filed by the Department of Commerce.”

In a statement responding to the order, Facebook said, “We believe in protecting freedom of expression on our services, while protecting our community from harmful content including content designed to stop voters from exercising their right to vote. Those rules apply to everybody. Repealing or limiting section 230 will have the opposite effect. It will restrict more speech online, not less. By exposing companies to potential liability for everything that billions of people around the world say, this would penalize companies that choose to allow controversial speech and encourage platforms to censor anything that might offend anyone.”

She did say Twitter’s handling of Trump’s mail-in ballot tweets prompted the action.

“We have seen some egregious actions by Twitter. For them to single out the president’s tweet, which was a very truthful tweet, you’ve gotta ask yourself, what kind of political motivation was there in them doing that, when they were not signaling, until minutes ago, when I walked out here, they were not fact-checking Chinese propaganda, which was blaming COVID on the United States military?”

However, Twitter put labels on those tweets Wednesday as well.

McEnany also seemed to support Mark Zuckerberg’s statement Wednesday that “Facebook shouldn’t be the arbiter of truth,” contrasting that with Twitter’s approach.

Though the president has spent part of his morning going after social media, he also attacked the Mueller probe, former President Barack Obama and Democratic presidential nominee Joe Biden.

The only coronavirus related tweet on the president’s feed so far today was an attack on Michigan Democratic Gov. Gretchen Whitmer’s coronavirus restrictions.

What to know about the coronavirus: