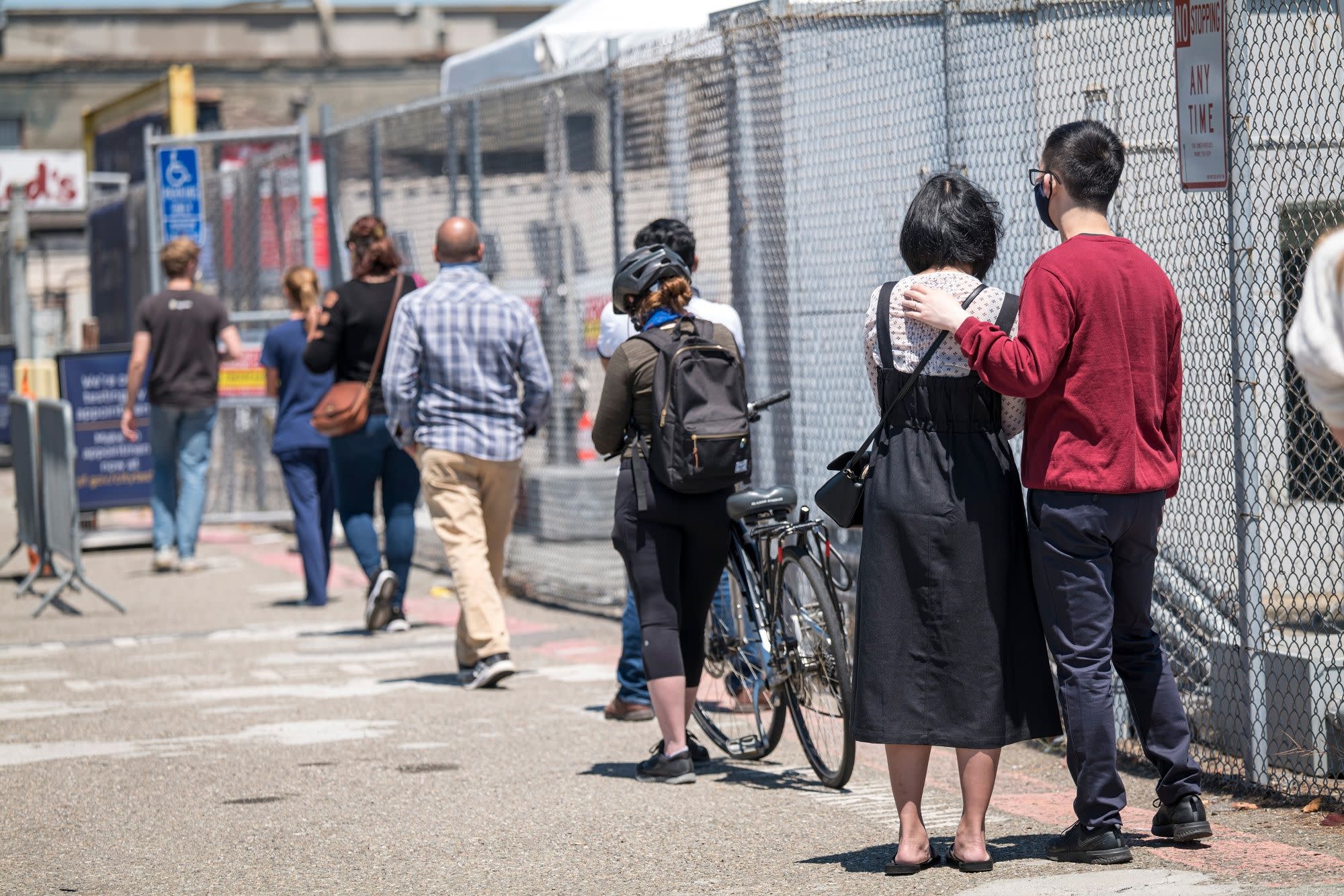 Key government officials in the Philippines met Saturday to discuss a call by medical community members to reimpose stricter lockdowns after coronavirus infections rose by a record.

Groups of doctors and nurses on Saturday appealed to the government to reimpose the so-called enhanced community quarantine in Metro Manila and nearby provinces for two weeks to ease a rise in infections and allow health workers time to recover from exhaustion. They also called for a comprehensive policy to fight the pandemic and a central body that will oversee its implementation.

New Covid-19 cases rose by a record for a third day on Saturday, bringing the country’s total to 98,232, the Department of Health said.

Vietnam reported four more cases, boosting the total number of infections in the southeast Asian country to 590, according to its health ministry. The new cases include two linked to the coastal city of Danang, the epicenter of the new outbreak, and two imported cases in Hoa Binh province, according to its website.

In Danang, local authorities plan to mass test every single resident for the virus, according to Tuoi Tre newspaper. The city’s population is estimated at 1.1 million.

Hong Kong reported 125 coronavirus cases for Saturday, taking the city’s total to 3,397, the Centre for Health Protection of the Department of Health said in a statement.

The authority urged the public to practice social distancing and “avoid all non-essential travel outside Hong Kong.”

Premier Dan Andrews could announce that Victoria’s capital, Melbourne, would move to a New Zealand-style lockdown which would close most businesses, keeping only essential services operating and shutting down most of the city’s public transport network, Sky News reported.

The Age newspaper said the tighter restrictions could be in place for six weeks and begin as soon as Wednesday.

Prime Minister Boris Johnson is considering sealing off Greater London and ordering at-risk members of the population to stay at home under a potential scenario designed to avert a second national lockdown, according to news reports.

Possible measures include locking down the capital if infection rates spike and tightening quarantine rules on those flying into the U.K., The Sunday Telegraph reported. There would be travel curbs in and out of the M25 highway encircling Greater London and a ban on overnight stays, according to the Sunday Times.

Elderly people and those considered to have an increased risk from Covid-19 could be asked to stay at home, and “harder” local lockdowns could be ordered than the restrictions already imposed on parts of northern England.

Hurricane Isaias weakened to a tropical storm, but is expected to regain hurricane strength overnight while approaching Florida’s southeastern coast, the National Hurricane Center said in a statement.

The storm edged closer to Florida on Saturday, adding to woes for a state grappling with record cases of Covid-19, and potentially causing $3 billion in economic losses if it rakes the eastern seaboard. Governor Ron DeSantis has declared a state of emergency and Covid testing sites will be shut until Wednesday. Virus statistics are likely to vary in Florida over the next few days.

“For those living on the East Coast, prepare now,” DeSantis said on Twitter on Friday. “Have 7 days of food, water, medicine & other supplies in case you lose power.”

Texas reported 9,539 daily new cases on Saturday, boosting the state’s total to 430,485 confirmed cases. Deaths rose by 268 to 6,837, the Department of State Health Services said on its website.California’s confirmed cases surpassed 500,000 with an additional 6,542 infections, fewer than the rolling 14-day average, according to the state health department’s website. Deaths increased by 219 on Friday to 9,224, a 2.4% rise from the previous day. California now has 500,130 confirmed cases of Covid-19. The number of diagnostic test results reached 7,886,587, an increase of 75,546 tests since Thursday. The rate of positive tests over the last 14 days is 7.3%.Florida reported 179 deaths among residents, ending four consecutive days of record-high fatalities. Total deaths among residents are now 7,022. The state, which is preparing for Hurricane Isaias, reported another 9,642 cases, a 2% rise that is less than the 2.3% average increase over the previous week. Total cases are now 480,028.Arizona reported 2,992 cases, a 1.7% increase compared with an average daily rise of 1.5% in the previous seven days. Total cases, at a time when the state has doubled testing, are 177,002. The state reported 53 new fatalities, below the 68 counted the day before, for a total of 3,747. Arizona’s rate of positive tests dropped again, to 12.6%, down from 15.7% reported Friday and 21.3% the day before.

“There’s still a lot of work to do” to strike a deal, Treasury Secretary Steven Mnuchin after the three-hour meeting Saturday. An impasse continues, he said, on whether to do a short-term extension deal for enhanced unemployment benefits or to push forward with efforts for a comprehensive deal sought by Democrats.

New York Governor Andrew Cuomo said he would make a decision on school reopening in the coming week, based mostly on the overall infection rate. He said New York City missed a Friday deadline to submit reopening plans.

“An initial decision at this point is schools should plan on reopening,” Cuomo said in a call with reporters Saturday.

But he cautioned that one variable will be the comfort level of parents — and he said not all parents are in favor of opening. “So you open a school, you will have partial attendance, which will serve no one,” he said.

Police ended the protests in the center of the German capital, demanding that they disperse, because many of those taking part were not wearing masks or observing distancing rules. They said they would bring charges against the organizer. Protesters waved placards and chanted slogans including “The biggest conspiracy theory is the corona pandemic,” according to DPA.

Earlier, Germany recorded 864 new infections in the 24 hours through Saturday morning, according to data from Johns Hopkins University, significantly more than registered through most of July.

Russia plans to start mass vaccinations against Covid-19 in October, with health workers and teachers first in line to get the inoculation against the disease, Health Minister Mikhail Murashko said.

A drug developed by Moscow’s Gamaleya Institute and the Russian Direct Investment Fund has completed clinical trials and the authorities are preparing to register it with regulators, Murashko was quoted as saying by the state-run Tass news service.