As of this week, it will be rude to ignore the other commuters in an Uber carpool: The company is reviving shared rides, but only for people who work together.

The traditional UberPool—in which individuals are randomly matched to cars with strangers going the same way, making the ride cheaper for everyone—was shut off in mid-March, shortly after the World Health Organization recognized Covid-19 as a pandemic. It remains on hold globally. But today (Sept. 22), Uber is launching two new Uber For Business products that will bring back the option in a more controlled format.

The first, Employee Group Rides, pairs colleagues who live near each other with the same driver. And we do mean literally pair: At least for now, Covid-19 precautions mean that only two colleagues will be allowed to share a car. They might pay for their individual portions of the trip in full, or the employer might subsidize or cover the cost.

Business Charter, the second new service, is an even greater departure from the Uber model as we’ve known it. In this case, large companies will have the ability to command entire fleets of vehicles—including SUVs, vans, shuttle buses, and coaches—to be made available to that firm alone. In the higher-occupancy vehicles, not every seat will be filled, so that passengers can sit a safe distance apart, says Ronnie Gurion, global head of Uber for Business.

With Business Charters, he says, companies will tell Uber how many vehicles they need, what types, and during which time period. “Think about it as using all the technology in the app, but in a way that creates a network almost within a network,” he adds. The cars or shuttle services might serve a fixed circuit, or the route could change dynamically, according to demand.

Uber has offered commuting-like programs for businesses before this. In the pre-pandemic world, it wasn’t uncommon for employees to have access to the company account for things like trips to and from the airport, or to get home safely after working late. Since the pandemic began, however, business commutes on Uber have been twice as popular. At a time when the prospect of mingling with crowds on public transit is worrying at best, several essential businesses—including restaurants, hospitals or other healthcare providers, and banks—have worked with Uber to create custom ride-sharing offerings for workers. Demand for Uber for Business has been higher globally, but strongest in Latin America and in India, says Gurion, where more companies pay commuting costs.

That said, people weren’t feeling entirely safe with Uber in the early part of the pandemic, either. According to third-party data, rides on its consumer-based ride-hailing were down an estimated 94% by the end of March, during the height of mandatory lockdowns in North America and Europe. In April, business was down by 80%, CEO Dara Khosrowshahi told investors during an earnings call. The company offered millions of free rides and free food delivery for essential workers at the height of the pandemic.

Since then, the company has witnessed a slow return of customers, led by commuters, as Quartz’s Michelle Cheng reported in May. Now it hopes to reach the massive commuting market through their employers, just as more non-essential businesses begin re-opening. The services will be rolled out in North America, Europe, and Asia-Pacific countries, including India.

Carpools—whether informally organized among neighbors or managed through listservs and apps—are expected to make a comeback this fall. Even looking beyond Covid-19, carpooling can address “the growing mismatch between where people live and where their jobs are,” Dani Simons, head of public sector partnerships for Waze Carpool, recently told Quartz. That distance is greatest, on average, for people who are black, brown, or poor, she pointed out.

Gurion, too, believes Uber’s commuting options will remain popular, even once Covid-19 is less of a concern. The commute can be the most complicated part of a person’s day, he says, and “right now, it’s a market that doesn’t have a lot of great options in many, many cities, so you’re really relying on a lot of personal vehicles, and I think we can help people find alternatives to that.”

Uber’s more structured arrangements with large companies in the higher-margin Uber For Business division may also introduce new debates over whether drivers are actually Uber employees or independent contractors, as they’re currently classified, and whether drivers are being fairly compensated. As that conflict remains unsettled in many parts of the world, the company is speeding ahead.

Thu Sep 24 , 2020
A 120-year-old Indian business conglomerate may be headed for a legal battle on allegations of sexism within the family that has run it for five generations. Valli Arunachalam, a 59-year-old New York-based scientist and part of the Murugappa family that runs the $5.7 billion (Rs38,105) Murugappa group, has alleged that […] 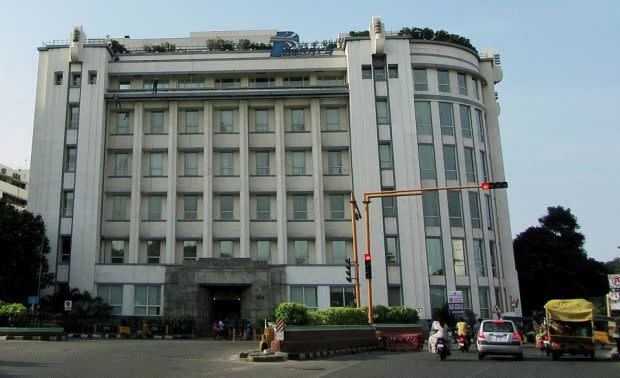