Silicon Valley contains a high concentration of the world’s richest tech billionaires, many of whom spend huge amounts on personal-security measures.

Public filings can give us some insight into how much tech moguls spend on security, as their companies shell out millions to keep their executives safe, sometimes by buying them commodities like private planes.

Public records are just the tip of the iceberg, as Silicon Valley’s richest can supplement their security costs out of their own (considerably deep) pockets.

Here, in ascending order, is how much tech’s C-suite stars spend on security.

Jack Dorsey’s security costs were last revealed in 2016 in an SEC filing that showed Twitter paid him $68,506 for “residential security and protective detail.”

Dorsey’s spend may have increased in the intervening years, especially since his Twitter account was hacked in September 2019.

Schmidt stepped down as Google chairman in 2018, and the previous year the company spent just under $300,000 on Schmidt’s personal security. Bloomberg pegs Schmidt’s net worth at $14 billion.

This is still a modest expenditure by Silicon Valley standards — especially considering Apple regularly dips in and out of being the world’s most valuable company.

Cook’s travel costs also surged last year by 239% to $315,311, a possible consequence of Cook’s vigorous lobbying to save Apple from the brunt of the US-China trade war.

A proxy statement filed by Uber in March 2020 said the company paid out $596,554 in “business and personal security costs” for Khosrowshahi in 2019.

This is a significant drop since 2018, as Uber’s IPO filing revealed that CEO Dara Khosrowshahi’s compensation included $2 million for “security costs,” roughly equivalent to his bonus.

In 2019 the company also paid Khosrowshahi’s $1,392,569 for costs incurred by “personal travel in Uber-provided vehicles.”

Google spent $1.2 million on security CEO Sundar Pichai in 2018, almost double the previous year when he was handed $680,000 for personal protection.

Pichai’s new “overall security program” was approved in July 2018, three months after Nasim Najafi Aghdam shot three people and then herself at YouTube HQ in San Bruno. Following the attack, YouTube announced that it was stepping up its security.

The world’s richest man doesn’t spend the most on security — at least not publicly. Forbes reports that the amount Amazon shells out for Bezos’ security hasn’t changed since 2012 despite the billionaire’s wealth growing by about $113 billion. An Amazon spokesperson said Bezos pays separately for his personal security.

Bezos had bulletproof panels installed in his office.

A Seattle city-planning permit, spotted by The Daily Beast, showed that Amazon applied to install bulletproof panels in Bezos’ office in November 2018, and was granted permission in January 2019. The panels cost $180,000 to install and can withstand multiple shots from a military assault rifle.

Bezos’ personal-protection bills aren’t available to scrutinize, but in 2019 his security chief said the billionaire wrote him a blank check to launch a private investigation.

After Bezos’ intimate texts to former TV anchor Lauren Sanchez were leaked to The National Enquirer, Bezos hired his personal-security chief, Gavin de Becker, to investigate the source of the leak.

Writing in The Daily Beast in March, de Becker said Bezos told him to “spend whatever is needed” to get to the root of how his texts were obtained by The Enquirer.

De Becker’s investigation concluded “with high confidence” that Saudi Arabia was behind the leak. Bezos owns The Washington Post, which has reported deeply on the death of Jamal Khashoggi, the Post journalist who was murdered in the Saudi consulate in Istanbul in 2018.

In early 2020 it we learned that Bezos’ phone had been hacked.

In January 2020, a forensic investigation of Bezos’ phone revealed that in May 2018 he had been hacked via WhatsApp, most likely by Saudi Crown Prince Mohammed bin Salman.

Although Saudi Arabia denied the accusation, the UN threw its weight behind the claim.

Oracle pays the annual costs of protecting CTO and cofounder Larry Ellison’s “primary residence,” which Forbes speculated is likely to be his Japanese-inspired Woodside estate in California, although the company declined to comment.

Zuckerberg’s security costs skyrocketed in tandem with the company’s disastrous 2018.

Facebook spent $10 million on personal protection for Zuckerberg in 2018, up $2.5 million from the year before. He was also given a “pretax allowance” of $10 million for “additional costs” to do with keeping him and his family safe.

In an SEC filing, the company said that public rage directed toward Facebook was part of the reason for Zuckerberg’s high security spend.

“He is synonymous with Facebook, and as a result, negative sentiment regarding our company is directly associated with, and often transferred to, Mr. Zuckerberg,” Facebook said.

Facebook upheld that astronomical sum for 2019, per a proxy filing from April 2020, spending roughly $23 million on Zuckerberg’s security and travel costs.

Business Insider’s Rob Price published a 5,000-word investigation into Facebook’s security operations and discovered that Zuckerberg is constantly protected by armed executive protection officers who stand guard outside his Bay Area homes, one of which is equipped with a panic room.

The Facebook CEO is rumored to have an escape passage under his conference room.

Price discovered a popular rumor among Facebook employees is that Zuckerberg has a “panic chute” in case him and his team need to evacuate the offices. One source told Price they had been briefed on the passageway’s existence. Facebook declined to comment.

Elon Musk is one of the most bombastic and divisive personalities to dominate Silicon Valley. His security costs are not readily available. Tesla declined to comment.

In November 2018, the Tesla CEO tweeted that one of his other ventures, The Boring Company, was looking for someone to guard a Monty Python-inspired watchtower.

Specifically, Musk said that he needed “a knight to yell insults at people in a French accent.”

The last time Google disclosed security costs for its cofounders was in 2006, when it gave Larry Page $33,195 for transportation, logistics, and personal security.

Fri Apr 17 , 2020
Bank stocks certainly haven’t gotten a pass during the two-week long or so rout in the markets. And thanks to the Federal Reserve’s surprise rate cut on Tuesday, the pain — and recessionary signals that comes with it — may be poised to persist. Goldman Sachs strategists said earlier this […] 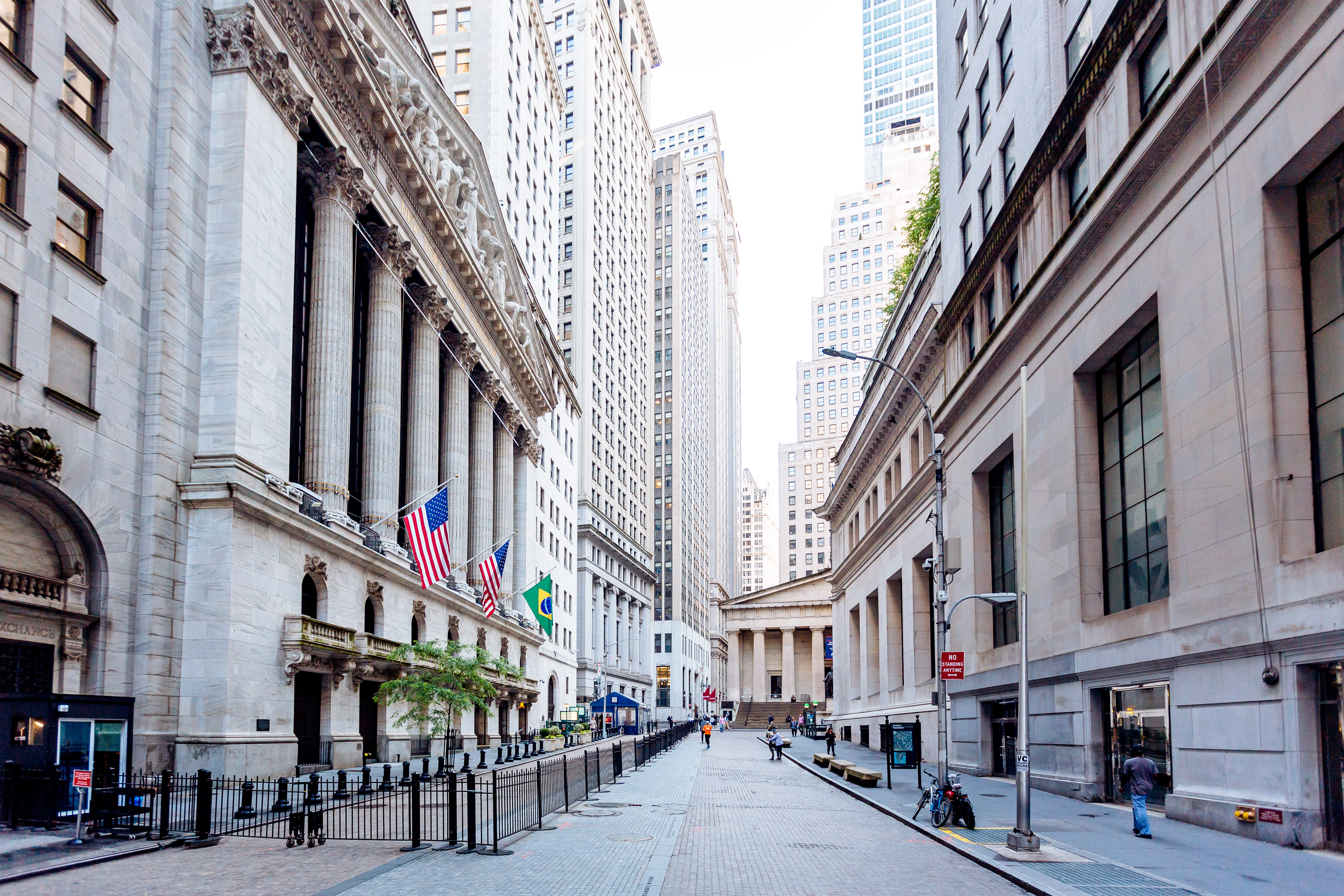