(Bloomberg) — Reversals in positioning that may show sellers are exhausted. Extreme readings in market breadth, pointing to washouts in investor sentiment. Rallies in stocks targeted by shorts.

In trying to pick the bottom in equities, Wall Street has little choice but to rely on signals that worked in the past. It’s a risky kind of logic when confronting a threat that so far has had no historical precedent.

After the S&P 500’s best week in 11 years, investors desperately want to know if the worst is over. At firms like Goldman Sachs, it’s the question clients ask the most. To the extent anyone will venture an answer — and many won’t even try — the focus has been on metrics that are by definition untested at a time such as this.

Could they apply now? Of course. The S&P 500 just rallied on a Monday for the first time in four weeks, a $2 trillion stimulus package is now law, and everyone from Bill Miller to Bill Ackman is buying stocks. At the same time, putting a lot of faith in markers that won adherents during a decade of uninterrupted economic growth, or even the financial crisis, is at best a calculated risk, given worst case views about the size of the recession.

“The biggest lesson that we can learn from the past is that not everything is predictable — as much as you try to infer you’ll always miss something,” said Fabiana Fedeli, global head of fundamental equities at Robeco. “We can always try to make inferences to figure out from the past what could be applied to the present, but that will not always be accurate.”

As always, for every bull case, a rebuttal exists. One comes from Leuthold Group in Minneapolis: that over the last 11 recessions, it’s taken stocks an average of 18 months to start to recover after first signs of an economic contraction. In 93 years of data, the fastest it’s ever been from the start of a recession to the bottom of a bear market was two months. It’s been 18 days since the S&P 500 fell 20% from a record into a bear market on March 12.

Cross-asset strategists at JPMorgan Chase are among those who say risk assets have probably seen their low point. They point to an unwind of investor positioning as reasons for risk to rally in the three months ending in June. Dan Chung, the chief executive officer of fund firm Alger, says he’s “fairly confident” that the lows in place will hold, and stocks have begun the recovery process.

Bank of America strategists including Stephen Suttmeier point to oversold indicators and extreme measures of positive breadth as reasons for why “a base-building or bottoming process may have begun.” Indicators that equities were oversold aligned with those from past bottoming processes, they wrote, and strong breadth last Tuesday was also encouraging.

Last Tuesday, when the S&P 500 gained 9.4% in its best day since 2008, 494 stocks advanced, or 98% of the index. Buying power was so strong in the two days that followed, too, that it ranks among the best three-day stretches for breadth since at least 1940, according to Sundial Capital Research.

Similar signals have only triggered nine other times, most recently in 2016, Sundial data show. After every single instance, equity returns were positive 12 months later. The only time losses deepened severely after such extreme positive readings was in early 2009. Two months after the signal, the S&P 500 had fallen another 28%.

“It’s a little bit harder to compare to those times,” said Yousef Abbasi, global market strategist at INTL FCStone. “This time the exogenous factor, which is the coronavirus, is more unknown to us. You really don’t know the length of time and you don’t know the level of economic activity rebound when this comes back.”

Analysts at Bloomberg Intelligence are watching measures of positioning, price reaction and breadth for any signals that the recent rally is durable. In the last week, companies that cut profit growth estimates for the first quarter outperformed those that raised them by a median 208 basis points, a departure from two weeks ago when they trailed by 155 basis points.

“Stocks’ more favorable reaction to negative revisions may signal a worst-case scenario is priced in for many,” wrote strategists led by Gina Martin Adams.

They also analyzed equity factor performance over major market bottoms since 2009, and found that normally after durable bottoms, highly profitable companies lag, while more volatile and cheap shares surge. That happened last week, with pure measures of volatility and value the best performers across 10 categories tracked by Bloomberg. Profitability fared the worst. That “may indicate that the de-risking in stocks may finally be ending,” they wrote.

Lori Calvasina, the head of U.S. equity strategy at RBC Capital Markets, sees the composition of last week’s rally as useful insight into what may perform well when a true rebound occurs, but remains unconvinced that the real bottom has formed. Massive swings — both up and down — were a hallmark of 2008, and stocks may continue to follow the late 2008 path.

“We suspect that the stock market will take some time to form a bottom this time around as well,” Calvasina wrote in a note Monday. “We remain skeptical of the V shaped recovery thesis for stocks espoused by some vocal market participants and think that there has been far too little discussion among equity investors about what the longer-term collateral damage will be from the health scare currently under way.”

Five podcasts to listen when working from home

Tue Mar 31 , 2020
People across the UK are confined to their homes during the coronavirus outbreak and for many, this means their kitchen or lounge has become their temporary office. It’s tempting to stick on Netflix or Disney+ while you work, but it can be difficult to get things done with the TV […] 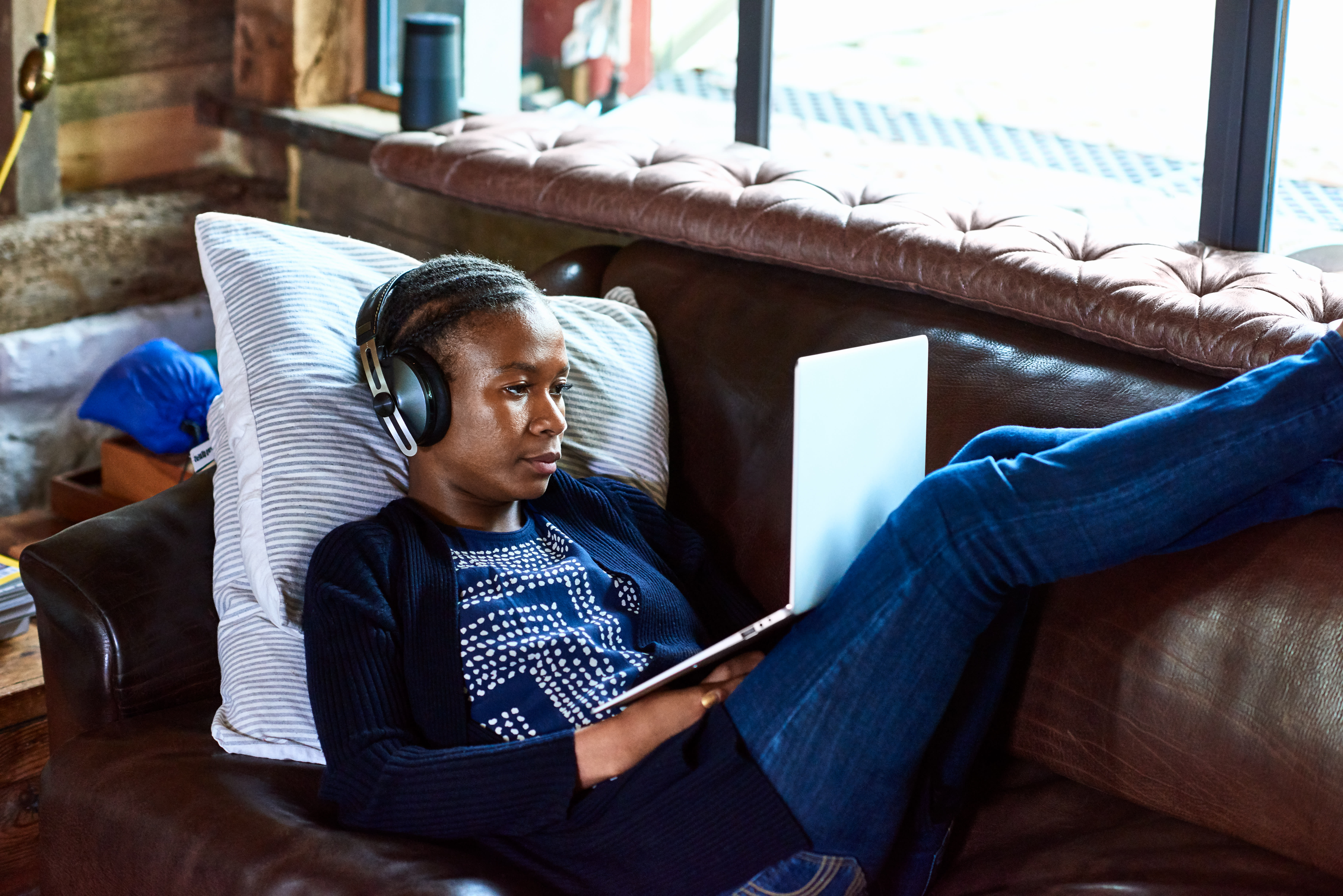