Ford CEO Jim Hackett is retiring and will be replaced by COO Jim Farley, the automaker said Tuesday.

Farley will officially take over on October 1. He was also elected to the Ford board of directors.

The company’s stock price has declined nearly 40% since Hackett stepped into the top job in 2017, hitting lows of just over $4 a share in March before recovering in the aftermath of a total shutdown of US and European manufacturing operations because of the coronavirus crisis.

Hackett, who took over for Mark Fields, had been leading an $11 billion restructuring of the 117-year-old automaker. There had been speculation in the industry over how long he’d remain in the top job, especially after COO Joe Hinrichs left earlier this year following a 19-year career at the company.

That move was seen as clarifying a succession plan for the automaker, with Farley next in line when Hackett retired.

For Hackett, the timing was everything.

“It just hit me in the spring,” Hackett, 65, said on a call with reporters. He said when he asked himself when the right time to retire would be, his answer was “Let’s do it now, with the wind in our sails.”

Ford recently reported coronavirus-impacted second-quarter earnings that were better than Wall Street expected. The company had also brought in more than 150,000 reservations for its Bronco SUV.

“Our new product vision — led by the Mustang Mach-E, new F-150 and Bronco family — is taking shape,” Bill Ford, the carmaker’s executive chairman, said in a statement. “We now have compelling plans for electric and autonomous vehicles, as well as full vehicle connectivity.

“And we are becoming much more nimble, which was apparent when we quickly mobilized to make life-saving equipment at the outset of the pandemic.”

An orderly transition, and no ‘deep dive’ for a leader outside the company

Ford said that Hackett and Farley were going to work together to ensure an orderly transition and Hackett would remain aboard as an adviser through March.

“My goal when I took on the CEO role was to prepare Ford to win in the future,” Hackett said in a statement. “The hardest thing for a proud, long-lived company to do is change to meet the challenges of the world it’s entering rather than the world it has known.

“I’m very proud of how far we have come in creating a modern Ford and I am very optimistic about the future.”

Hackett’s legacy at Ford includes the adoption of principles based on “design thinking” and “human-centric design,” ideas he developed as CEO of furniture maker Steelcase.

“After being in the industry for decades as a product planner, I thought I knew a thing or two,” said Farley, 58, who came to Ford in 2007 after a career at Toyota. But Hackett’s guidance “forever changed us as leaders at the company,” he added. “We’re all in. In what you’ll see in the next generation of vehicles. That was all informed by what Jim gifted us with. I can’t imagine Ford without it.”

On a media call, Bill Ford said that the company, founded by his great-grandfather Henry Ford, “didn’t do a deep dive externally” in the search for a new CEO.

“We clearly talked about taking a look outside,” he said. “But everybody was inspired by Jim Farley’s leadership.”

He added that “sometimes going outside is right,” citing both Hackett and Alan Mulally, the former Boeing executive who joined Ford before the financial crisis and as CEO helped the company avoid the government bailouts and bankruptcies than befell General Motors and Chrysler in 2009.

“But there’s strength in continuity, and the board felt we were in the right path,” he said.

Ford had been shuffling its management since 2019 as part of Hackett’s turnaround effort, which focused on improving the carmaker’s “fitness,” in his words. That process, Bill Ford said, had come to an end.

“Management changes are largely up to Jim Farley,” he said. “But I wouldn’t expect big surprises.”

Ultimately, Bill Ford praised Hackett for his contribution to Ford’s reinvention, an undertaking that has intensified as upstarts such as Tesla have surged past Ford in financial value. And that’s where Farley — who named Amazon, Apple, Baidu, and Tesla as key competitors — will have to pick up.

Tue Aug 4 , 2020
KNOXVILLE, Tenn. – Kanika White read a statistic in passing a few years ago that jarred her. She wanted to understand what was causing a 42% poverty rate among Black Knoxville residents.  “Like with anything that is that huge and complex…the initial thought is, (the issue is) too big for me,” […] 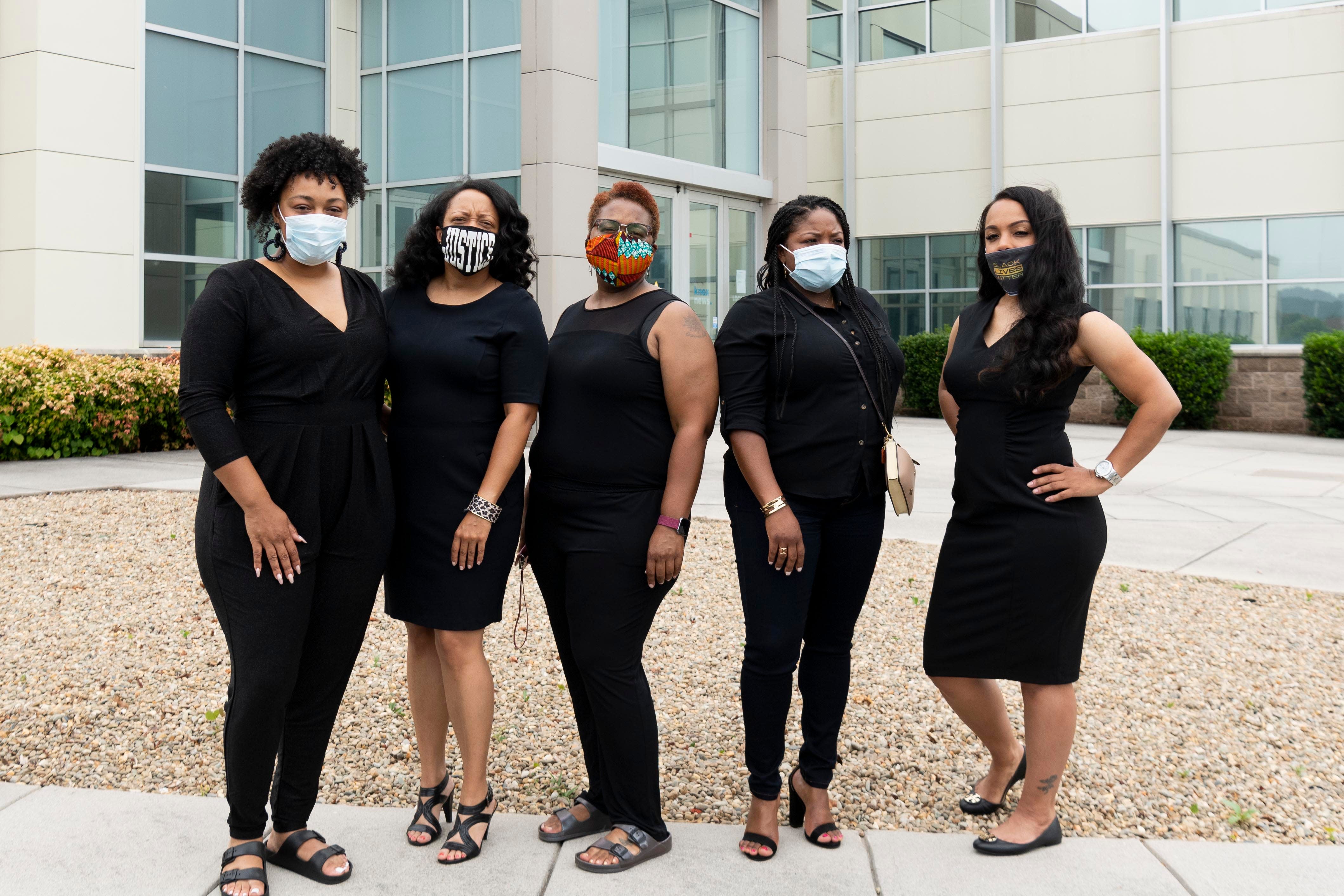