KNOXVILLE, Tenn. – Kanika White read a statistic in passing a few years ago that jarred her. She wanted to understand what was causing a 42% poverty rate among Black Knoxville residents.

“Like with anything that is that huge and complex…the initial thought is, (the issue is) too big for me,” White said. “I can’t do anything about it.”

White wanted to do more. Today, she’s a board member for Knoxville’s Community Development Corporation, and executive director of Knoxville Equity Partners, an organization that aims to facilitate economic development initiatives in East Knoxville and Mechanicsville, Tennessee.

But White, a real estate agent, wasn’t alone in trying to figure out how she could help address the issue.

She, along with a several other women, began gathering informally in 2019 to talk about the challenges the Black community in Knoxville faces. At first, the group, made up of Black women entrepreneurs, business owners, activists and civic leaders, was just talking: discussing the high poverty rate, high underemployment rate, high unemployment rate, lack of small business support and lack of housing that’s affordable in the Black community.

“I think that’s an embarrassment to us,” Dasha Lundy said of the poverty rate. “Knoxville’s not that huge of a city compared to Nashville or Memphis, but we still have the highest poverty rate and we’re still dealing with the issues of urban renewal.”

Ask HR: What’s the difference between layoffs and furloughs?

Tanika Harper founded Shora Foundation, which serves inner city teens in East Knoxville; skin care brand Harper’s Naturals; and co-owns Elite Facility Maintenance. She invited the group of women to her home one Sunday last November.  At some point during these meetings, she remembers that the group decided to stop talking and start doing.

“What do we need, what does the Black community need from us?”  Tanika Harper said. “And it’s resources. It’s financial resources at the end of the day.”

White, Lundy, Tanika Harper, Deidra Harper and Angela Dennis, along with one silent partner, formed The Women LLC of Knoxville and The Women Foundation, two entities focused on closing the wealth gap in the Black community.

The group will start addressing those issues by creating opportunities for Black business owners to get loans and by helping to revitalize Black communities by buying and redeveloping residential and commercial real estate at affordable rates.

For Deidra Harper, being part of an organization of hardworking, busy women with different backgrounds but similar goals has been inspiring, and she said she’s happy to be taking action instead of just talking.

“I think that’s what made me more attracted to being a part of The Women and adding another thing on my plate, is because we were actually bringing solutions,” she said.

Dennis, editor of Black with no Chaser, co-host of Black in Appalachia podcast, premiering in August, journalist and literary activist, has written extensively about these issues, including that 42% figure, which is mentioned in the Knox County fiscal 2020 action plan.

Among the topics of conversation was access to capital, an issue all the members of the group can relate to as business owners and entrepreneurs, Deidra Harper said. She’s the co-owner of Elite Facility Maintenance with Tanika and chief office manager of B&B Lawn Services.

“Black people who go to traditional lending institutions for capital have a hard time getting that capital,” White said. “They are more likely to be denied loans; even here in Knoxville, with organizations that are traditionally set up, that should be beneficial to the Black community, there are hurdles there as well.”

“If we are supporting the small, Black-owned businesses on the local level, and hopefully getting them to a place to where they can grow and they can expand and they’re generating enough revenues that they can hire additional people, they can hire employees and hopefully pay them livable wages,” White said.

According to a study commissioned in 2019 by the Congressional Black Caucus Foundation, 28.4% of Black entrepreneurs – almost three times more than white entrepreneurs – said profits had been negatively impacted by access to capital.

Low levels of personal wealth are associated with low rates of creating businesses, the study continued, and inhibit an entrepreneur’s ability to generate startup capital.

“Undercapitalized businesses are much more likely to report lower sales, profits and employment options and are at a much higher risk of failing within the five-year startup period, compared to businesses that obtain sufficient startup capital,” the study concluded.

Lundy met many Black business owners during her time as neighborhood president of Burlington who had to choose between launching a business or paying the bills. Lundy, who is also running for County Commission District 1 seat and sits on the Knoxville College Board of Trustees, hopes these loans will be a source of funding and encouragement for those entrepreneurs.

According to a 2020 survey from the Small Business Trends Alliance, the top challenge Black small business owners face is access to capital. Only 9% of those surveyed had used a line of credit as financing and only 7% had utilized a loan.

The group plans to offer small, zero percent interest loans up to $5,000, and will begin accepting applications from Black small business owners and entrepreneurs this fall. The loans could fund specific needs, like equipment or a pop-up shop to launch a brand, or just general startup needs.

“Access to capital for Black people, period, whether they are looking for capital to start or expand a business, or looking for financing to purchase a home, is severely restricted in Knoxville,” White said. “The need for that access to be opened up and to make it normal, a normal part of business in Knoxville to lend capital to Black people is important enough to invest our time, our resources, and just get people talking about it and realizing not just the need for it but also the benefit of doing it.”

The Women Foundation is promoting a campaign to commit 20,000 people to giving $5 a month, which would result in more than $1 million in funding a year.

So far, the group has raised almost $10,000. While they’re far from their goal of 20,000 donors, White said, increasing donorship is a top priority.

The group’s next focus will be creating affordable housing and affordable commercial property in Black communities in Knoxville.

Deidra Harper said she sees gentrification in her community daily – redeveloped houses selling for much more than market value, pricing poor and minority people out of the community.

For White, who has worked in affordable housing for 15 years, revitalizing a community and renovating blighted properties is a good thing when it’s done with a balance of profit and community preservation in mind. A neighborhood that is financially and racially integrated contributes to community viability and sustainability, she said.

“I think the part where the public and private fail is not ensuring that those who don’t have means that they can stay or take part of that change,” White said. “And I think if we put some focus on that part of it, we would begin to see revitalization in communities and cities across the nation as opposed to gentrification.

“I am 110% on board with growth and development in these privileged areas, it just needs to be a little bit more from our public side to make sure that people can be a part of that.”

The Women LLC plans to participate in the revitalization of Black communities in Knoxville by buying and redeveloping residential and commercial properties in communities like East Knoxville, Mechanicsville, Lonsdale and other neighborhoods at affordable rates.

The Women publicly announced their plans for the first time at a rally in May at the Knoxville Police Department to protest against police brutality and systemic racism after George Floyd died in Minneapolis police custody when Officer Derek Chauvin kneeled on his neck for almost nine minutes.

In this time of social unrest, people are seeing the injustices the Black community faces, Lundy said, and want to offer help or support. They’ve received an influx of support financially but also offers of help marketing and promoting their vision.

“We need to get out of our tribalism,” Lundy said. “I don’t mean just Blacks, white, everybody. It doesn’t matter color, what your belief system is, it’s really time to just have these hard discussions. And I think we can move forward, because we have to go through the hard discussions to make things better.”

Helping Black people grow personal and generational wealth is not a short-term endeavor, White said. She stays focused by reminding herself that change starts somewhere.

“It didn’t take five years to get here,” White said. “It took decades of systemic discrimination, racism and oppression that has led to this. As the old adage goes, it’s easier to get into trouble than it is to get out of it.”

This article originally appeared on Knoxville News Sentinel: How these women work to help Black entrepreneurs grow their business

Tue Aug 4 , 2020
A coronavirus vaccine isn’t necessarily a must-have ingredient to revive the struggling hotel industry, according to Hyatt CEO Mark Hoplamazian. Hotel analysts and executives spent the last several months saying the industry would not recover from the coronavirus-induced cratering in travel demand until a vaccine or treatment was in widespread […] 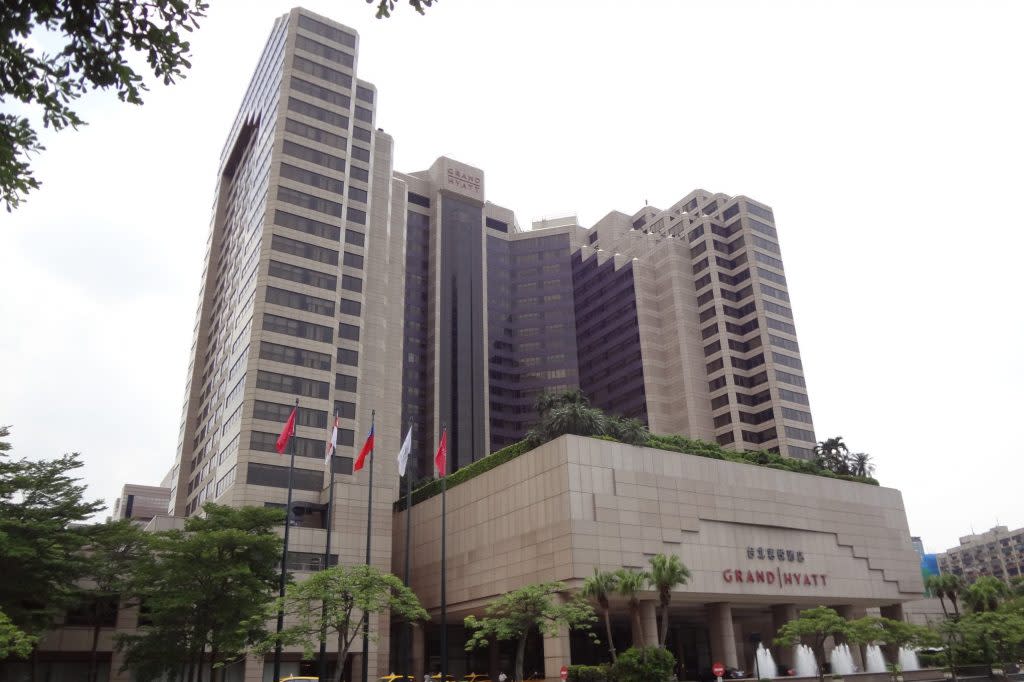