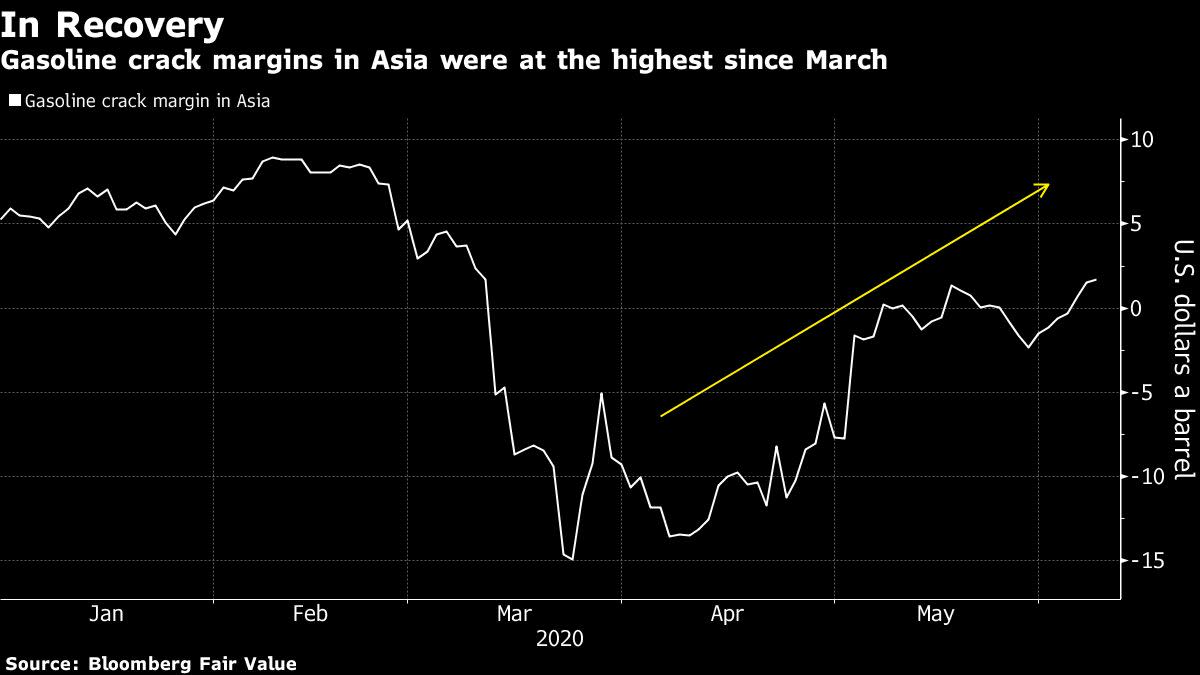 Saudi Arabia priced its lighter crudes at more expensive levels than its heavier grades in most regions, another sign that gasoline is leading the way as the global economy recovers from the coronavirus.

Arab Extra Light was priced at a premium to Arab Heavy for July sales to Asia after a rare discount in June, according to data compiled by Bloomberg. Meanwhile, the month-on-month increase in the official selling price for the flagship Arab Light crude to Asia was the largest in at least 20 years.

Ligher grades of oil yield more light distillates as gasoline compared with heavier varieties, so the pricing changes are more evidence that motor fuel is leading the demand recovery as people return to work. Profits in Asia from turning crude into gasoline have recovered to levels last seen in early March, while the outlook for other products, particularly jet fuel, isn’t as positive.

Lockdowns have now eased in many major economies around the world. In China, fuel demand and oil imports have largely rebounded to pre-virus levels. Gasoline is leading the recovery as commuters opt for the safety of their own cars over public transport.

The Saudi light pricing decision came as the kingdom hiked prices sharply across most grades after the OPEC+ alliance extended its historic production cuts for another month. The increase in light oil came as a mild surprise to some traders who had expected Aramco would raise prices of medium-sour grades more as reduced production from countries producing those varieties tightens supply.