JOLIET, IL — A number of Joliet area restaurants are no longer interested in following the letter of the law when it comes to Gov. JB Pritzker’s coronavirus restrictions for Will County. Thayer Brothers Deli on Ruby Street has resumed serving indoor guests this week. On Thursday, when Joliet Patch visited the restaurant, a few people were eating their lunch inside the restaurant and a few others were on the outdoor patio set up during the pandemic.

On Aug. 24, Gov. JB Pritzker announced that bars and restaurants in Will and Kankakee Counties would not be allowed to have any indoor guests given that new coronavirus cases had spiked sharply in recent weeks. The governor’s order still remains in effect more than three weeks later. As a result, a number of Joliet area restaurants have decided not to follow the governor’s order anymore, restaurant owner Rick Thayer told Joliet Patch.

“Things have been going tough with the mandate,” Thayer told Joliet Patch on Thursday. “Most of our business now is through carryout.”

Thayer told Joliet Patch he became aware of a number of Joliet area restaurants that have started to serve indoor guests, so he figured he would follow suit.

Thayer said he needs to keep his small-family owned restaurant going after five-plus months of economic hardship caused by the coronavirus restrictions imposed by Gov. JB Pritzker in March. All Illinois restaurants and bars were forced to shutdown their indoor facilities from mid-March until July. Then in late August, Pritzker imposed more harsh restrictions on the same bars and restaurants in Will and Kankakee Counties.

When Joliet Patch asked whether Thayer Bros. Deli basically reopened the indoor restaurant this week as a sign that enough is enough with Pritzker, Thayer answered, “Yeah.”

Thayer Brothers Deli on Ruby Street has been a mainstay in Joliet since 1994.

Rick Thayer’s brother Tom is a former Chicago Bears football star who now serves as one of the team’s radio announcers. Their mother, who ran the Joliet restaurant for years and was famous for her chicken noodle soup, passed away late last year.

Patch asked Thayer if reopening the dining room has made a difference.

“It’s helped,” he said. “It’s helped being able to offer the indoor dining.”

Thayer said his Ruby Street restaurant is still following other coronavirus restrictions such as social distancing, requiring patrons to wear masks when entering the building, and seating the tables several feet apart.

He also said he is keeping the bar closed.

“Even at 25 percent capacity, it is hard to pay your bills and keep your staff around,” Thayer told Joliet Patch on Thursday.

Thayer said that Thayer Bros. is still serving up their daily specials, mostly “comfort food.” And with fall around the corner, he expects interest will spike in Thayers’ soups and chilis.

“We do offer outdoor as well as indoor and carryout,” he said. “Everything is still my mom’s old recipes.

This article originally appeared on the Joliet Patch

Fri Sep 18 , 2020
Fifty years ago this week, the New York Times Sunday Magazine published an essay by the Nobel prize-winning economist Milton Friedman. The central premise of the Friedman Doctrine was that to continue to prosper, American business needed to stay globally competitive—and that required executives to focus only on profits and […] 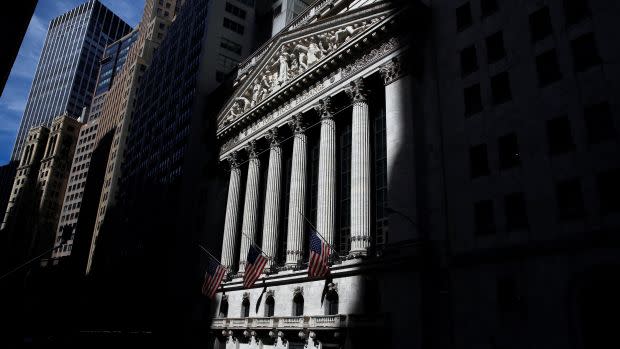